Arsenal in advanced talks over deal to sign £22.7m star 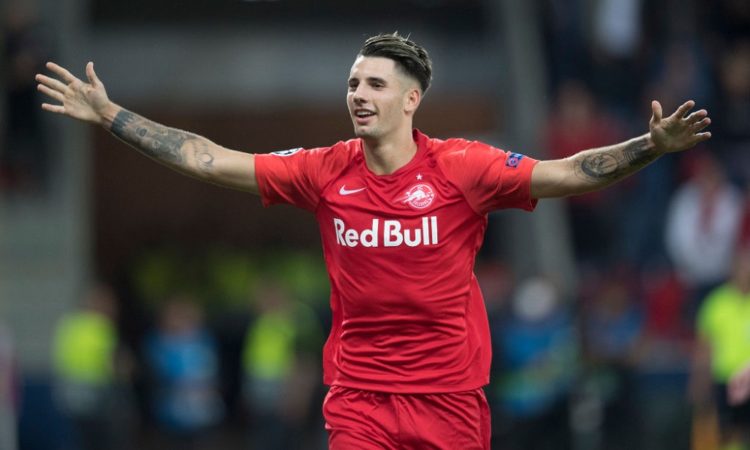 Arsenal are in advanced talks over a potential deal to sign Dominik Szoboszlai this summer but face competition for the £22.7m-rated RB Salzburg midfielder, according to reports in France via Football London.

Szoboszlai joined Salzburg from Liefering in 2017 and has become an important first team player over the past 18 months and he’s also broken into the senior Hungary national team having represented his country at various youth levels.

The 19-year-old is considered as one of the most exciting young talents outside of Europe’s top five league’s and has enjoyed an excellent season having contributed 10 goals and 16 assists in his 37 appearances so far.

Szoboszlai’s potential has caught the attention of a number of top clubs throughout Europe with Arsenal among those to have been strongly linked with a move for the teenager in recent months.

It seems we’ve now stepped up our interest as Football London are carrying quotes from French journalist Manu Lonjon that claim Arsenal are in advanced talks over a potential deal to sign the midfielder this summer.

However, we aren’t the only club in the running for his signature as Lonjon says AC Milan are also well advanced in their pursuit of Szoboszlai while Paris Saint-Germain have also made enquiries about the player.

The French journalist suggests that Szoboszlai is open to joining a new club this summer and a deal could cost as little as £22.7m [€25m] – although Salzburg may push the price up towards £27m [€30m].

“PSG asked about Dominik Szoboszlai (RB Salzburg). Profile quite similar to that of Milinkovic-Savic,”

“Other big clubs on it. The player’s entourage was probed and not insensitive to interest. Cost 25/30M.”

Mikel Arteta knows he needs to overhaul the Arsenal squad this summer as we’re a million miles away from competing at the top level and we desperately need to add some creativity to the team.

Mesut Ozil has once again fallen out of favour and he seems to be sleepwalking his way to the end of his contract – which expires in 2021. It would be best for all concerned if we sold the German this summer and Szoboszlai could be viewed as a replacement.

The Hungarian has predominantly played from the left wing at Salzburg but he can also play through the middle as an attacking midfielder so he’d give Arteta plenty of options if he ends up moving to the Emirates.

Arsenal are going to be working from a tight budget this summer so Szoboszlai could be a shrewd piece of business if we could get a deal agreed at around £22.7m – although it looks like we’ll face stiff competition for his signature.