Arsenal have identified Memphis Depay as a prime target this summer 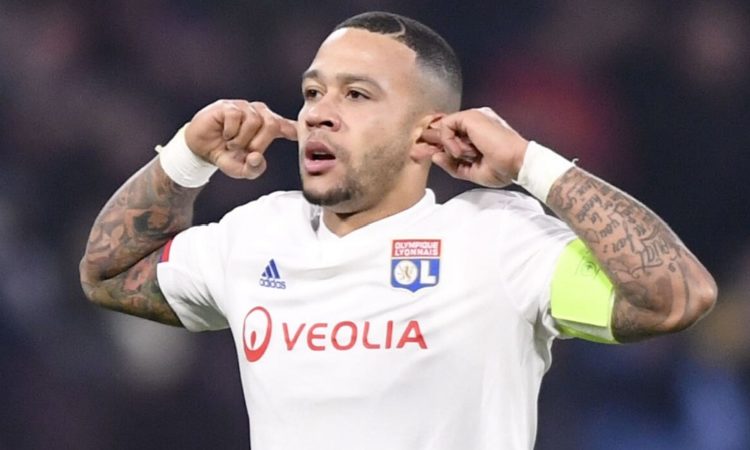 Arsenal have identified Memphis Depay as a prime transfer target this summer and the attacker is keen to leave Lyon if a suitable offer arrives, according to Le10 Sport.

Mikel Arteta is gearing-up for a busy summer in the transfer market as he badly needs to improve the squad he inherited from Unai Emery but the Spaniard is going to have to work on a shoe-string budget due to tight financial restrictions in place at the Emirates Stadium.

Attack is a real area of concern for Arsenal as Alexandre Lacazette is being strongly linked with a move away from the club after enduring a frustrating campaign while the future of captain Pierre-Emerick Aubameyang is also in serious doubt.

The Gabon international is in the final year of his contract and has so far failed to agree terms on an extension. With Arsenal sitting 10th in the Premier League, it looks unlikely we’ll be qualifying for the Champions League next season so Aubameyang may be reluctant to commit the final few years of his career to a club not playing at the highest level.

If the 31-year-old doesn’t sign a new deal, Arsenal will have no choice but to cash-in rather than lose him for nothing next year and Le10 Sport claims Arteta has identified Depay as the man he wants to sign if either Aubameyang or Lacazette leave this summer.

The French publication says Arteta is a big fan of the Dutch international and will do all he can to lure him to north London if the Gunners fail to persuade Aubameyang to commit his future to the club by signing a new deal.

Depay also has just one year left on his contract and it doesn’t look like he’ll be signing a new deal either. Le10 Sport claims he wants to leave Lyon after they failed to qualify for the Champions League and suggest a move back to England could be tempting for the attacker.

The 26-year-old spent a frustrating two year spell at Manchester United before joining Lyon in 2017 and he’s rediscovered his best form back in France having provided 53 goals and 43 assists in 134 appearances for the Ligue 1 outfit.

Given he has just one year left on his contract, Arsenal should expect to seal a cut-price deal as Lyon won’t want to risk losing Depay for nothing in 12 months time so they are in a similar position to Arsenal with Aubameyang.

Depay can play through the middle as a striker, out on the left wing or as a central attacking midfielder so his versatility would be a very useful asset for Arteta if Arsenal were able to get a deal agreed for the Dutchman this summer.

Obviously the lack of Champions League football will go against Arsenal but we’ll be able to offer Depay much higher wages than he’s on at Lyon and he may feel he has unfinished business in the Premier League.