Manchester United will be looking to crash the top four with a win when they take on Bournemouth at Old Trafford on Saturday afternoon.

United have been excellent since the restart and extended their unbeaten run to 15 games in all competitions with three successive victories over Sheffield United, Norwich City and Brighton & Hove Albion.

That run has seen Man Utd climb to fifth in the Premier League table and to within just two points of third-placed Leicester City so Ole Gunnar Solskjaer’s men can move into the top four with a win over Bournemouth tomorrow.

That would really put the pressure on fourth-placed Chelsea ahead of their clash with Watford at Stamford Bridge on Saturday night so this is an opportunity Manchester United won’t want to miss.

They’ll be confident of getting the job done against a Bournemouth side who sit 19th in the table after losing their fourth consecutive game with a 4-1 defeat to Newcastle United at the Vitality Stadium on Wednesday night.

United have no fresh injury concerns to deal with following the win over Brighton but Solskjaer could make a few changes in order to keep his squad fresh following four games in just 12 days.

Scott McTominay is expected to be recalled in midfield with Nemanja Matic the man most likely to make way as Paul Pogba and Bruno Fernandes are likely to keep their places after excellent displays in midweek.

Daniel James could replace Mason Greenwood in attack as United will want to protect the youngster while the likes of Eric Bailly, Brandon Williams, Juan Mata and Odion Ighalo are also options for Solskjaer if he wants to mix things up.

As for Bournemouth, they’ll be without Callum Wilson as he serves the second game of his two-match suspension so Josh King should lead the line up front tomorrow afternoon.

Simon Francis and Charlie Daniels are still out with knee injuries but Dan Gosling, Junior Stanislas and Chris Mepham are pushing for recalls with Eddie Howe expected to make changes. 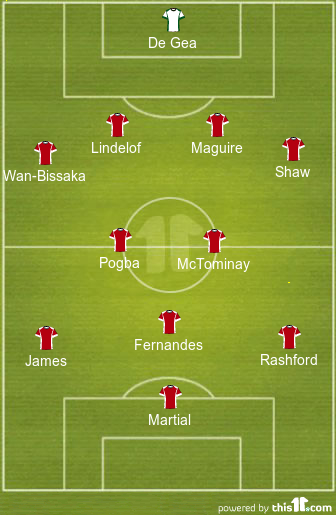 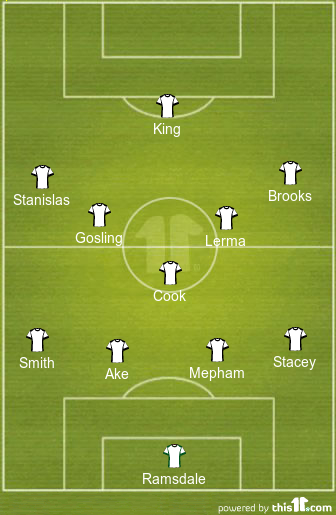 Man Utd 3-0 Bournemouth: This really is a meeting of two sides in completely different form. United are flying right now and looked very impressive at times against Brighton, whereas Bournemouth are in free-fall and look consigned to the drop if they don’t start picking up results soon.

Howe needs to get his side organised again if they’re to avoid the drop but I really don’t see any hope of a positive result against a confident United side. The likes of Pogba, Fernandes, Marcus Rashford and Anthony Martial should have way too much quality so I’m going for a comfortable Man Utd win.