Liverpool will be looking to get back to winning ways when they take on Aston Villa at Anfield on Sunday afternoon.

The newly-crowned Premier League champions had a rare night to forget on Thursday after being thrashed 4-0 by Manchester City at the Etihad Stadium so Jurgen Klopp has called on his players to respond this weekend.

The defeat at City won’t damped the spirits among the Liverpool squad as they’ll still be on a high from securing the title and they still have plenty of records they could break during the closing six matches of the season.

Klopp insists he won’t ‘play the kids’ over the coming games and will continue to pick his best team so a formidable Liverpool side should be confident of seeing-off a struggling Aston Villa at Anfield tomorrow afternoon.

The Villains head to Merseyside sitting in the bottom three having taken just 27 points from their 32 games so boss Dean Smith desperately needs to pick-up a positive result at Liverpool to help boost their survival hopes.

Liverpool will be without Joel Matip for the rest of the season due to a foot injury while Dejan Lovren is also a doubt to face Villa after missing the defeat to City with a knock. Joe Gomez should continue alongside Virgil van Dijk in the middle of defence.

Xherdan Shaqiri is still on the sidelines with a long-term calf injury that’s kept him out of action since January but otherwise Klopp has a healthy squad to choose from.

The German coach could freshen things up in midfield with Alex Oxlade-Chamberlain and Naby Keita pushing for recalls so Jordan Henderson and Gini Wijnaldum may be given a rest.

As for Villa, they’ll be without defender Matt Targett after he picked up a hamstring injury during the defeat to Wolves last week but Ezri Konsa should recover from a foot issue to make the trip to Anfield.

Goalkeeper Tom Heaton remains out with a knee injury while Wesley is also still working his way back to full fitness following a knee problem. 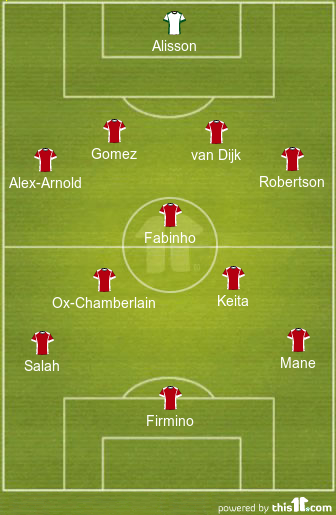 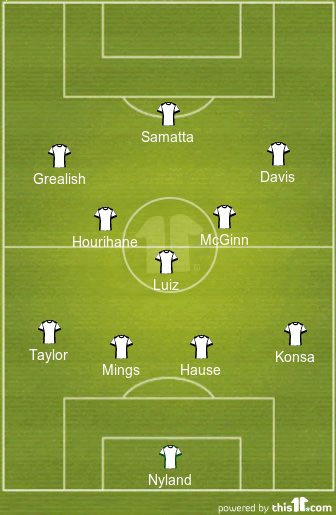 Liverpool 3-0 Aston Villa: Liverpool have won their last four Premier League meetings with Villa – scoring 13 goals in the process – and they are unbeaten in their last 56 league games at Anfield. The Reds will be keen not to let the season fritter out after securing the title so this has ‘home win’ written all over it. Villa are desperate for points at the foot of the table but I don’t see anything other than a comfortable home win tomorrow.