– Liverpool FC: What’s next for The Newly Crowned Champs 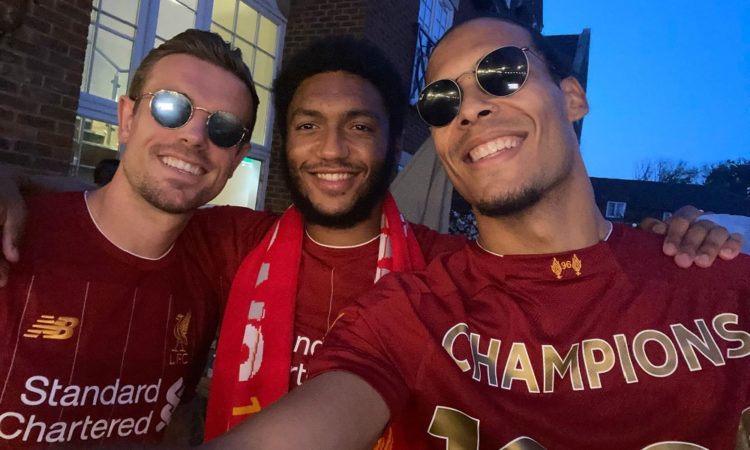 Everybody loves winning and Liverpool FC is no different. They have done a lot of winning over the last two years, only dropping points in a handful of games. You only need to look at the way Jurgen Klopp responded to the defeat against Man City recently to understand that winning is in his core too. However, when you are World Club Champion, current European Champion and EPL champion, what is there left to win?

Here we offer a glance into the future of Liverpool FC and where they will likely go next.

As Manchester City will tell you, retaining the English Premier League title is one of the hardest things to do in sport. The EPL is one of the most competitive leagues in the world, as there are at least 6 clubs that have a real chance to win the title. Add to this the outliers, such as Leicester who can always spring a surprise, and the idea of retaining the championship seems slim.

For Liverpool, the key to managing this feat is through consistency. It is true to say that Man City and maybe even Man Utd played more exciting and skilful football this past season. However, these clubs had significant peaks and troughs in their form that meant they couldn’t sustain a winning run as well as Liverpool. As Van Dijk noted in a recent interview, retaining the title will be the hardest thing they do next season. He was clear on his disappointment at not achieving the ultimate with the European Cup, having been beaten by Atletico Madrid.

The recent defeat at the hands of Man City proves the challenge the club will face in retaining the EPL title. The team from Manchester was hungry to prove a point and to make it clear that everything starts at zero at the beginning of the next season.

There are five members of the Liverpool squad who are thought to be on the verge of leaving. The first is Dejan Lovren, who proclaims himself the best defender in the world – which is quite the claim when you are playing with Virgil Van Dijk. However, the proof is in the playing and Lovren has proven himself a little naive on the pitch, making silly mistakes and therefore only acting as a backup defender in Klopp’s mind. However, the worry for the team is that they are losing a young player again with a lot of potential. Therefore, does Liverpool want to work to keep him? We will see.

Xherdan Shaqri may have only had a season at Liverpool but he is not happy to play from the bench, no matter who the team is. He is a creative right-winger but he has a lot of competition in this role in the squad. Divock Origi is also thought to be leaving, as he wants regular game time. He has no real chance of this at Liverpool when he is against Salah, Mane and Firmino when it comes to selection time.

Adam Lallana is a player with the right calibre and would be a heavy loss to any side. However, he has been only a bit-part player in the league this year and someone with continued international aspirations needs more minutes.

Probably the worst loss, should it happen, would be Rhian Brewster. He is young and talented and could help the team transition to long-term greatness. However, he has struggled to get any game time – and the U17 winner of the golden boot wants to play as many minutes as possible at the top level. He has done well on his loan to Swansea – and he could be leaving for good.

One of the ways to manage exits from the team is to sign new talent to the squad. There is a lot of talk about Bayern Munich player Thiago Alcantara as a future Liverpool midfielder. Although there have been no talks between the two clubs, Klopp has noted his admiration for the midfielder and it is an area where the team needs a little more strength and depth.

Ousmane Dembele is also a potential target being mooted. However, he would have to compete alongside Mane, Salah and Firmino for first-team play – and this might not suit. However, he does have the ability to play from an attacking midfield position, so worth keeping an eye out here.

Jadon Sancho would be a perfect fit for Liverpool. He took himself off to Liverpool to develop his game – and has succeeded to a level that nobody predicted. Now he is at the centre of much interest from English clubs. He offers amazing pace, dribbling and the imagination to unlock the front three for Liverpool. It might be that the price tag for this player is too much for Klopp – as he is the most expensive player in the market. However, he would add an exciting dimension to Klopp’s squad.

Liverpool FC needs to prove greatness by retaining the EPL. To do this they need consistency. However, standing still is not the same as consistency in the Premier League. You need to move forward with squad development to maintain the edge against teams like Man City that are fired up to take back the championship. Therefore, as with everything, the business will need to be done to help Liverpool thrive into the future.