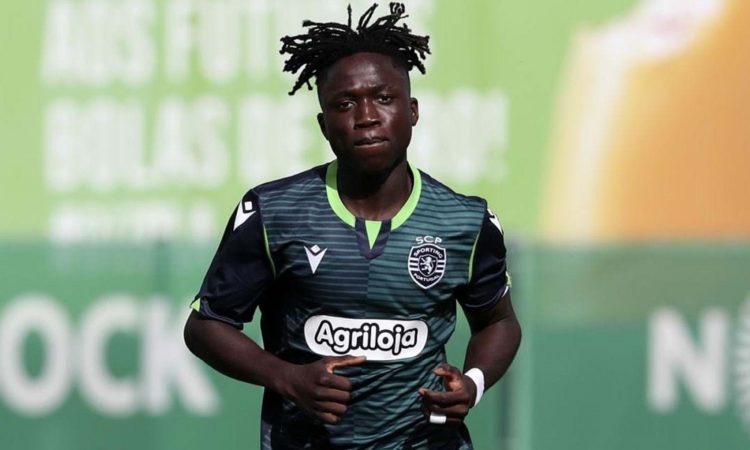 Arsenal chiefs are due to fly-out to Portugal early next week to wrap-up a deal to sign highly-rated Sporting Lisbon attacker Joelson Fernandes, according to reports via the Metro.

Mikel Arteta is gearing-up for a pivotal summer as he knows he has to overhaul the squad he inherited from Unai Emery and the Gunners boss desperately needs to add some creativity to his attack following a disastrous campaign.

Arsenal have been linked with a number of players in recent weeks but Fernandes has emerged as a prime target and it looks like the club are ready to make the teenage winger our first major signing of the summer.

According to A Bola via the Metro, Arsenal bosses will fly-out to Portugal on Monday or Tuesday to finalise a deal for Fernandes with the player’s agent Kia Joorabchian understood to be in Lisbon to help push the deal over the line.

Joorabchian has close connections to Arsenal chief Raul Sanllehi and played a key role in securing deals for David Luiz and Cedric Soares so it looks like he’s now trying to take another one of his clients to North London.

Fernandes has broken into the Sporting first team this season and had been involved in every matchday squad since football restarted in June but the 17-year-old was pulled from their squad for Saturday’s night’s 2-1 defeat to Benfica after talks with Arsenal accelerated.

The Metro claims Fernandes has a release clause of £41m [€45m] in his contract but cite local Portuguese news channel TVI 24 as reporting that Arsenal hope to have a bid worth just £13.6m accepted by Sporting after the winger called-off talks over a new contract.

Fernandes came through the youth ranks at Sporting and is considered to be one of the most exciting young talents in Portuguese football so Sporting will be reluctant to lose him on the cheap this summer.

However, the teenager is seemingly stalling over a new deal amid interest from Arsenal so the Portuguese outfit may have to cash-in now and it looks like we’re closing-in on a deal for the talented winger.

Fernandes is predominantly a left sided attacker but can also play on the opposite flank or even through the middle so his versatility would be a useful asset for Arteta if we manage to get a deal agreed.