The Most Popular Sports in New Zealand 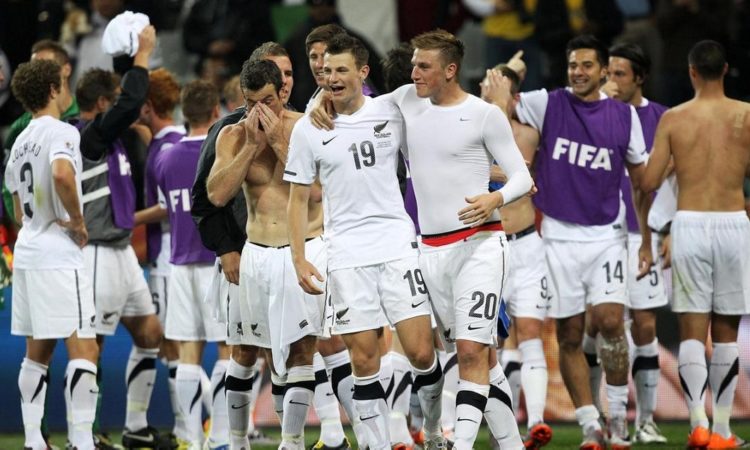 New Zealanders love sport in many forms, but they are most attached to rugby, which is the national discipline of New Zealand. They believe sports bring people together and create friendships that last a lifetime. It makes them take games very seriously, without forgetting that, above all, it is supposed to be fun.

Young New Zealanders start playing sports very early. With many programs funded by the state, schools are well well provided for when it comes to raising aspiring athletes. The coaches believe that playing the game from an early age allows the best preparation for a young person to perform a given sport professionally in the future.

New Zealand is an interesting and beautiful country that cares greatly about its tradition. Below, we present sports deeply rooted in New Zealand’s heritage and are still cultivated today.

In New Zealand, rugby is more than a sport. It is a mystery, cult, and meeting with ghosts that take the nation into the sphere of emotional elation. The characteristic dance of New Zealand rugby players – Haka is known all over the world. Haka is a traditional dance and vocal pattern of Maori warriors performed to cause fear in their enemies.

Rugby players from “All Blacks” – New Zealand’s national team – perform it before each match in front of their rivals. This ritual dance is apparently working, as New Zealand is the most titled rugby team in the world, a three-time World Cup winner and the only country in history to defend this prestigious trophy. Many sports fans use their knowledge to predict the outcomes of matches, and rugby is a very popular sport to bet on in casinos in New Zealand.

Cricket is one of the most played sports in the country. It is mainly played in the summer when whole families gather to have a good time together. The game involves using a bat and ball, and it is similar to baseball, where players also have to hit the ball and attempt to score runs. Professional matches are played between two teams of eleven players, and they attract millions of devoted fans to stadiums and TV sets.

The game is popular in many other countries around the world – including almost all Commonwealth Countries. New Zealand belongs to the group of countries whose teams have the so-called “Test status” and can play cricket matches against each other in the top division.

Not as popular as rugby or cricket, but still loved by many is Netball. A discipline especially enjoyed by women, whose teams are the most successful. It was developed during the late 19th century, and now there are over 70 national teams around the world.

The pace of this game is different from basketball because there are sections on the field that a given player can’t leave, and the possession of the ball can only take 3 seconds. So it appears to be still and fast at the same time. Apart from that, netball and basketball rules are very similar. There are two rings, and a player scores by getting the ball into it. After an hour of the game, the team with more goals wins.

This is a traditional game of Maori people, that is known for its fast-paced matches. The pitch is rounded and divided into zones. You score points by touching the field ‘pou’ boundary markers and hitting a central target ‘tupu.’ Players use a small ball called a ‘kī’, and what’s interesting – the rules are changing depending on the region you play in. “Tatu” is the process that determines which set of rules is going to be incorporated into a particular game.

The national organisation promoting and representing the game is named Kī-o-Rahi Akotanga Iho. The organisation created a men’s and women’s national teams that competed with other players worldwide. Kī-o-Rahi maybe isn’t the most popular game in New Zealand, but it certainly is one of the most exciting sports. People respect Kī-o-Rahi greatly as an essential part of New Zealand’s heritage, and they make an effort to cultivate it among young players.

Football in New Zealand is an increasingly popular discipline after they impressed during the 2010 World Cup in South Africa. Thanks to football, New Zealanders try to unite communities and instil in young people the spirit of sportsmanship.

In New Zealand, women are particularly active in football and their team competes in The National Women’s League. And their men’s national team – All Whites – is successfully participating in the ISPS Handa Premiership League.

New Zealand is one of the founding countries of Oceania Football Federation (OFC), which was initiated with the thought of forging connections and sharing best practices across the football system.

New Zealanders are passionate about playing sports, and they try to instil a love of physical activity in the youngest children. Their real pleasure is to follow rugby games and their beloved team, the All Blacks, especially when they win new titles after performing the Haka.

Indeed, none of the inhabitants of the islands complain about the lack of choice of their favourite discipline. Besides rugby, cricket, netball, and Kī-o-Rahi, many other sports are also played here. The popularity of the sports mentioned above was built not only on the successes of national teams. It was also made through the love of spending time together. You could even say that having fun by exercising is the national pastime in New Zealand.