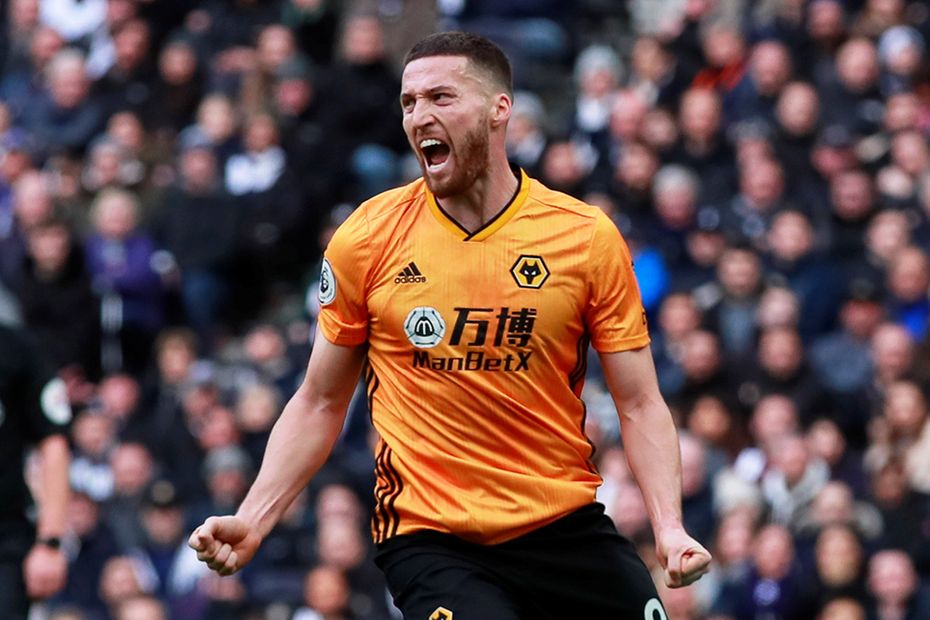 Matt Doherty will undergo his medical this weekend after Tottenham agreed a £15m deal with Wolves to sign the attacking right-back this summer, according to Sky Sports News.

Jose Mourinho has been in the market for a new right-back this window as the Portuguese coach isn’t convinced by Serge Aurier following a string of inconsistent performances last season and the Ivorian is being linked with a move to Italy.

Kyle Walker-Peters has also joined Southampton so Spurs need reinforcements at right-back and Doherty emerged as a prime transfer target last week when widespread reports claimed Tottenham were in advanced negotiations with Wolves over a deal.

It appears those talks have been successful as Sky Sports are one of several media outlets reporting that Doherty will join Tottenham this summer after a deal worth around £15m was agreed between the two clubs.

Sky Sports reported on Friday night that Doherty is set to undergo his medical over the next 48 hours so unless there are any late complications, the transfer should be announced early next week at the latest.

The Republic of Ireland international should prove to be an excellent signing for Tottenham as he’s forged a reputation as one of the best attacking full-backs in the Premier League in recent years.

Doherty contributed 7 goals and 5 assists in his 50 appearances in all competitions for Wolves last season so he’ll give Mourinho a real threat down the right flank this coming campaign if this deal gets over the line.

The 28-year-old has been at Wolves for 10 years but is set for a new challenge in north London and Wolves have reportedly lined-up Arsenal’s Ainsley Maitland-Niles as a potential replacement.

Doherty has excelled as a right wing-back in Nuno Espirito Santo’s 3-4-3 formation but he can also play as an attacking right-back in a back four so his versatility will be a useful asset for Mourinho.

We’ll have to wait for the deal to become official but it looks likely that Doherty is set to become Tottenham’s third summer signing following the arrival of midfielder Pierre-Emile Hojbjerg while goalkeeper Joe Hart has arrived on a free transfer.