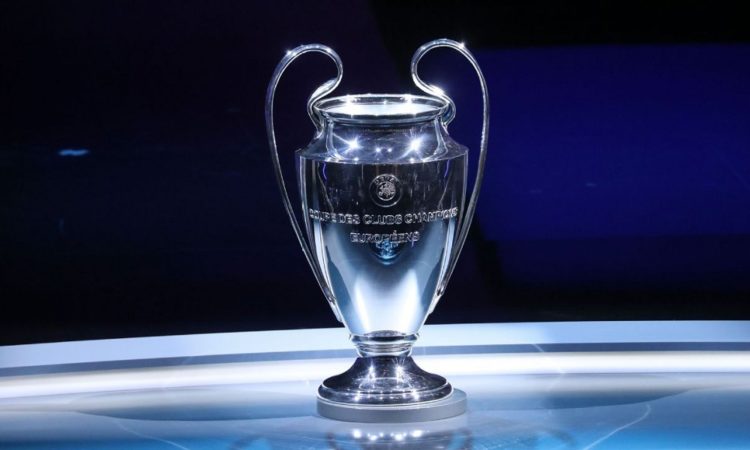 Manchester United, Chelsea, Liverpool and Manchester City have learned their fate after the draw for the group stages of the Champions League was conducted today.

Liverpool were in Pot 1 after running away with the Premier League title last season and they’ve been drawn in Group D along with Dutch champions Ajax. It will be the first competitive meeting between the two clubs since 1996.

Jurgen Klopp’s men have been handed a tricky test from the teams in Pot 3 as they’ve been drawn against free-scoring Italian side Atalanta while  Danish minnows FC Midtjylland make up the group from Pot 4.

Manchester City were seeded in Pot 2 and Pep Guardiola’s men were fortunate enough to be drawn in Group C along with Porto – who were one of the easiest Pot 1 teams they could have got.

However, City will face a tricky trip to Greece as they’ve been drawn to face Olympiakos while they will also have to take on Ligue 1 side Marseille but Guardiola will be confident of reaching the next phase.

Manchester United were also in Pot 2 and they’ve been handed a tough task as they’ll be in Group H up against last years finalists Paris Saint-Germain and German outfit RB Leipzig while a tricky trip to Turkey awaits to take on Istanbul Basaksehir.

Chelsea are in Group E and they will be pleased to have been paired with Europa League winners Sevilla from Pot 1.  The Blues will also face-off against Russian outfit Krasnodor and French side Rennes so Frank Lampard should be confident of reaching the knockouts.

Group G will see Lionel Messi come up against Cristiano Ronaldo as Barcelona have been pitted against Juventus, Dynamo Kyiv and Ferencvaros.

Manchester United have arguably the toughest task of the four Premier League teams but all of the English sides have a very realistic chance to make it through to the knockout stages of the Champions League.

here is the draw in full: 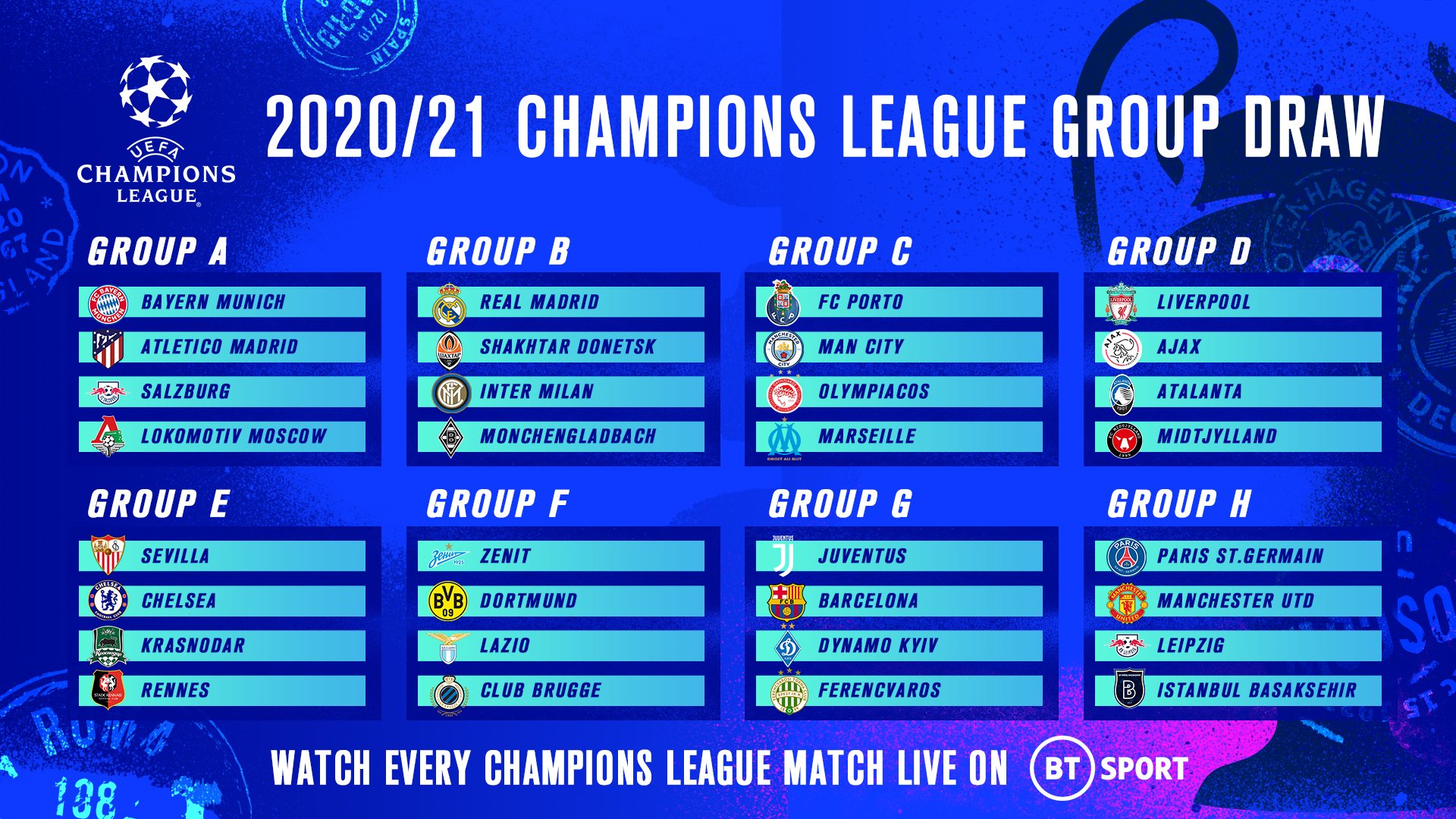