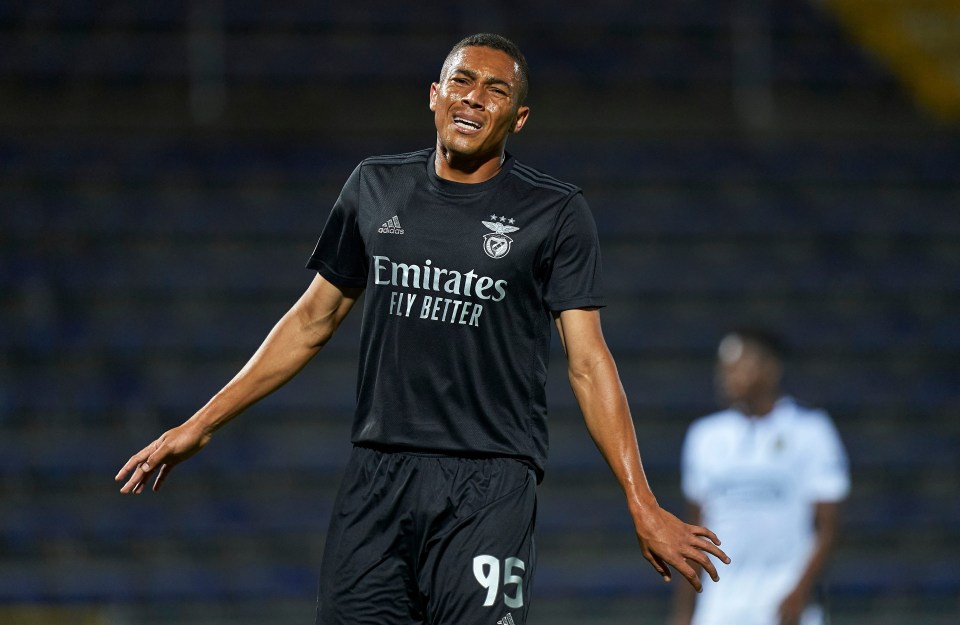 Carlos Vinicius will have his medical in London today after Tottenham agreed a deal to sign the striker on an initial season long loan from Benfica, according to Football London.

Jose Mourinho has been desperately trying to bring in another striker this summer to help ease the load on Harry Kane this season as Spurs have been far too reliant on the England international in recent years.

Several names have been linked with a move to White Hart Lane but Vinicius emerged as a prime target this week and talkSPORT were one of several media outlets reporting yesterday that Tottenham were closing-in on a deal.

Talks have moved quickly and Football London claims that Vinicius will arrive in London to undergo his medical at Tottenham’s training ground today after Spurs agreed to sign the South American on an initial season long loan.

Benfica released a statement late on Thursday night confirming a deal had been agreed that will see Tottenham pay £2.7m [€3m] to loan the 25-year-old hitman for the rest of the season.

The Portuguese club also confirmed that Spurs have an option to make the move permanent for £40.7m [€45m] next summer with the £2.7m loan fee being deducted if that option is activated.

The statement on slbenfica.pt read:

Sport Lisboa e Benfica – Futebol, SAD informed the Portuguese Securities Market (CMVM) that it has reached an agreement with Tottenham Hotspur for the loan of the Carlos Vinícius until the end of the 2020/21 sports season for 3 million euros.

The agreement, announced at 11:56 pm. this Thursday, includes a 45 million euros option to buy, if used, the amount paid for the loan will be deducted.

This agreement is dependent on the signing of a sports contract between the striker and Tottenham Hotspur.

As long as there are no complications with the medical, Vinicius should complete his move soon and become Tottenham’s sixth summer signing following the arrivals of Joe Hart, Sergio Reguilon, Matt Doherty, Pierre-Emile Hojbjerg and Gareth Bale.

Football London says there should be no issues regarding a work permit, despite Vinicius not earning any caps for Brazil, but the striker’s move won’t be completed in time for him to be available for Sunday’s trip to Man Utd.

Vinicius only joined Benfica from Napoli last summer but enjoyed an excellent debut campaign in Portugal after scoring 24 goals in 47 games while he also contributed 13 assists for his team mates.

The 6ft 3in striker is a powerful presence up front so he should have no trouble adapting to Premier League football and he’s also capable of playing out wide so he’ll give Mourinho plenty of options in the final third.