[Teams] Arsenal vs Chelsea: Confirmed line-ups from the Emirates 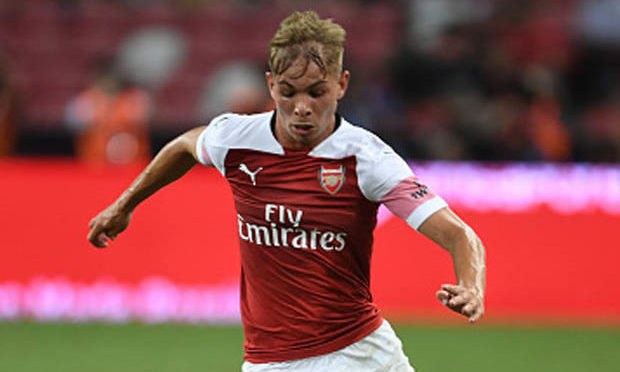 Arsenal desperately need a win to get their season back on track when they take on Chelsea at the Emirates Stadium this evening.

Mikel Arteta has been hit with a triple blow as Gabriel will miss Arsenal’s next three games after being told to self-isolate having come into close contact with someone who’s got Covid. David Luiz and Willian also miss out tonight as they’re felling unwell – although they’ve both tested negative.

Pablo Mari joins Rob Holding, Kieran Tierney and Hector Bellerin in the Arsenal defence while Granit Xhaka is given an immediate recall to start in midfield alongside Mohamed Elneny with Dani Ceballos on the bench. Emile Smith Rowe is given a rare start in the Premier League while Bukayo Saka keeps his place for the Gunners.

Pierre-Emerick Aubameyang is only deemed fit enough for a place among the substitutes so Alexandre Lacazette leads the line up front with Gabriel Martinelli passed fit to support the Frenchman after recovering from a knock.

Frank Lampard has gone with Tammy Abraham up front with Timo Werner and Christian Pulisic offering support so Olivier Giroud and Callum Hudson-Odoi have to settle for places on the Chelsea bench this evening.

Kai Havertz also misses out on a start spot as Mason Mount joins N’Golo Kante and Mateo Kovacic in midfield while Reece James is fit to start at right-back for Chelsea so Cesar Azpolicueta settles for a place on the bench.