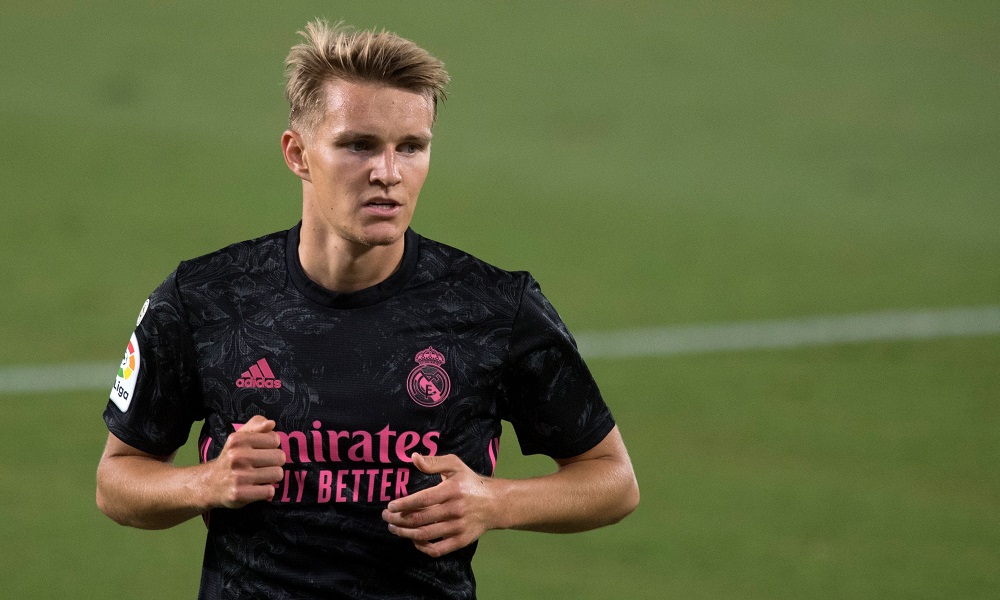 Arsenal have made a move to sign Real Madrid attacking midfielder Martin Odegaard on loan for the rest of the season but face competition for his signature, according to Sky Sports News.

Mikel Arteta is in the market for a midfield playmaker this month as Arsenal have lacked creativity in the final third at times during the first half of the campaign and Odegaard has emerged as a prime target.

The Norwegian international is looking to leave on loan this month in search of regular first team football having struggled for game-time under Zinedine Zidane as Odegaard has started just five times for Real Madrid this season.

The situation has alerted Arsenal as Sky Sports News claims they have approached Madrid to sign Odegaard on loan for the rest of the season and the Spanish giants are now mulling over the proposal.

However, Arsenal face stiff competition as the report says at least one other Premier League club has also expressed their interest while Real Sociedad are trying to re-sign the attacking midfielder.

Odegaard enjoyed an excellent year on loan at Sociedad last season where he scored seven goals and provided a further 9 assists in his 36 appearances so he could be tempted by a return to the Anoeta Stadium.

But that won’t stop Arsenal from trying to land the 22-year-old and he’d be an exciting addition to Arteta’s squad if the north Londoners were able to win the race for his signature this month.

Odegaard is an attacking central midfielder who possesses a great passing range and would be able to link-up play between midfield and the forwards so he could be a shrewd signing for Arsenal.

Emile Smith Rowe has been a revelation in the attacking midfield position in recent weeks but Arsenal still need support and competition for the youngster and it appears Odegaard is the man they want.

We’ll have to wait and see how things progress as Sociedad are arguably in pole position to secure a deal but I think Odegaard would be an excellent addition to Arteta’s squad if the Gunners could manage to lure him to London.