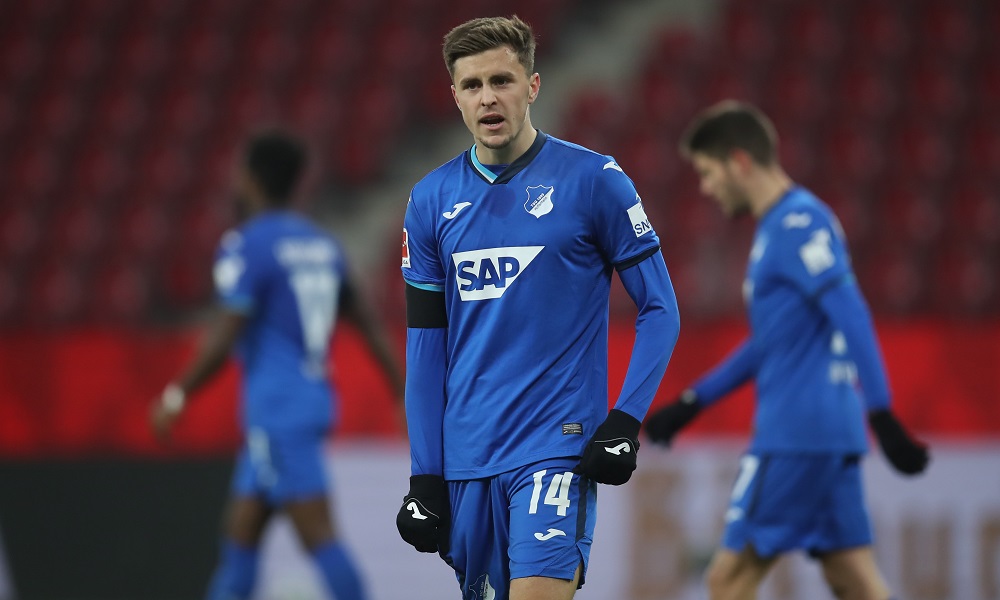 Manchester United are leading the race to sign Hoffenheim’s £16m-rated midfielder Christoph Baumgartner as Ole Gunnar Solskjaer looks to bolster his squad, according to The Sun.

Baumgartner joined the Hoffenheim youth system in 2017 following a move from AKA St. Polten and swiftly broke into the first team set-up where he’s now established himself as a first team regular under boss Sebastian Hoeneß.

The 21-year-old has provided 12 goals and 13 assists in his 55 appearances so far, with 5 goals and 7 assists coming this season alone, so it’s no wonder he’s forged a reputation as one of the most exciting young talents in German football.

Baumgartner’s potential has caught the attention of clubs here in England as The Sun says Manchester United are one of several Premier League clubs showing a keen interest in signing the midfielder.

The newspaper says United are currently leading the race for Baumgartner’s signature after scouting the player extensively in recent months and they may try to lure the Austrian international to Old Trafford as Solskjaer looks to strengthen his squad.

The Sun suggests that Baumgartner is currently valuated at around £16m but with Man Utd likely to wait until the summer before formalising any interest, they may find his price-tag has increased if he continues to impress in the Bundesliga.

Hoffenheim have been shrewd negotiators in the transfer market in recent years and managed to persuade Newcastle to pay £40m for Joelinton in 2019 so they are unlikely to let Baumgartner leave on the cheap.

The youngster made his international debut for Austria last September and has scored 2 goals in his 5 caps so far having previously represented his country at every youth level from U15 through to U21.

We’ll have to wait and see how things develop over the coming months but it looks United are in pole position to land Baumgartner if the midfielder leaves Hoffenheim this summer and he would be an exciting addition to Solskjaer’s squad.

However, Baumgartner’s arrival at Manchester United would cast further doubt over the long-term future of Paul Pogba with the Frenchman linked with a move away from the club this summer.