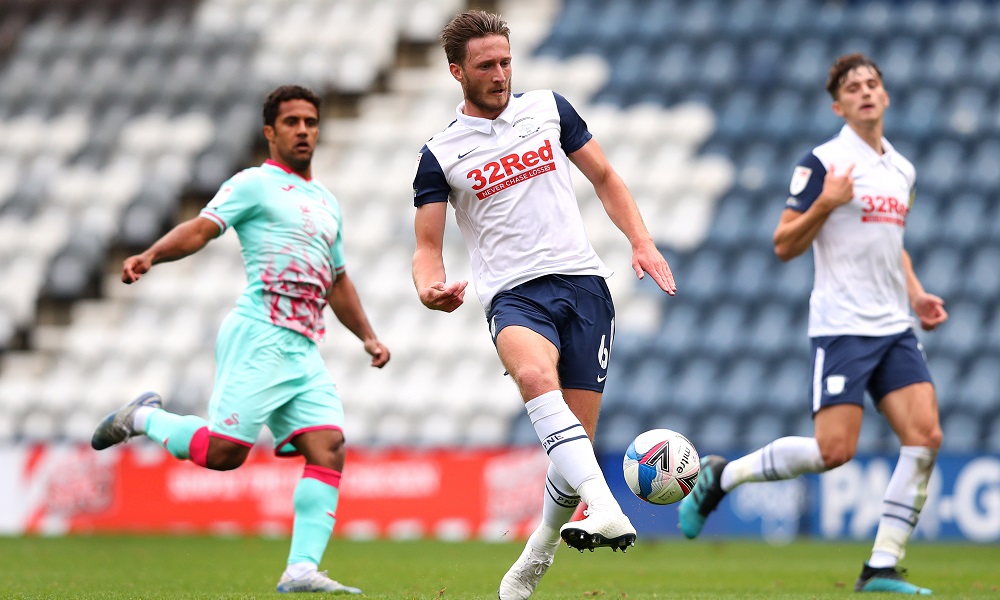 Ben Davies is undergoing a medical with Liverpool this morning after the Reds agreed a deal with Preston to sign the centre-back, according to reports today.

Jurgen Klopp has been forced into the transfer market on deadline day due to mounting injuries in defence with his three first choice centre-backs Virgil van Dijk, Joe Gomez and Joel Matip all currently on the sidelines.

Fabinho had been covering in defence in recent months but the Brazilian midfielder has also been ruled out with a muscle problem leaving Liverpool short of options in the middle of the back four.

Klopp has made it clear he’d like to bring in cover before the window shuts tonight and Davies emerged as a surprise target over the weekend with widespread reports suggesting Liverpool were in talks with Preston.

A deal has been swiftly agreed with Sky Sports claiming the Reds will pay Preston £500,000 up front with a further £1.1m due in potential add-ons. The Championship clubs will also take 20-per-cent of any profit should Liverpool sell in the future while Sepp van den Berg is set to move to Deepdale as part of the deal.

Sky Sports said in their report that Davies was due to have a medical this morning and journalist David Lynch has now confirmed the 25-year-old defender is undergoing his medical checks ahead of his move to Anfield.

As long as there are no late complications, Davies should complete his move to the Premier League champions before the window closes at 11pm and provide Klopp with another valuable option at centre-back during the second half of the season.

Davies had just six months left on his contract so Preston have decided to cash-in now rather than lose him for nothing in the summer and Liverpool have identified the defender as an affordable signing that could be wrapped-up quickly.

The fact that Davies is also left-footed and is known for his distribution from the back will no doubt have played an important role in Klopp’s decision to take him to Anfield as all of Liverpool’s current centre-backs are right-footed.

He might not be the only arrival today as Liverpool are also being strongly linked with a move for Schalke centre-back Ozan Kabak after failing in their attempts to land Marseille defender Duje Caleta-Car.