Arsenal take on Aston Villa at Villa Park on Saturday lunchtime needing a win to get them back in the hunt for European qualification.

The Gunners were on a terrific six-match unbeaten run in the Premier League before Tuesday night’s controversial 2-1 defeat at Wolves that saw Arsenal blow a lead while both David Luiz and Bernd Leno were sent-off.

That result has left the north Londoners sitting 10th in the table but Arsenal can climb above Tottenham into eighth and move to within just two points of sixth-placed Chelsea with a win at Villa Park this weekend.

However, they’ll be up against an Aston Villa side who are also desperate to get back to winning ways following their disappointing 3-1 home defeat to West Ham on Wednesday evening.

The Villains head into the weekend action sitting one place and one point above Arsenal in the table so they’ll be hoping to cement their place in the top half of the division with a positive result on home soil.

David Luiz will miss the game tomorrow after Arsenal’s appeal to contest his sending off against Wolves was rejected by the FA so Gabriel is set to be recalled alongside Rob Holding in defence.

Bernd Leno is also unavailable after his dismissal at Molineux so Arteta will be forced into a change between the sticks. Mat Ryan faces a late fitness test on a hip issue so Alex Runarsson is on stand-by to come in.

Kieran Tierney is set to be ruled out once again as he continues to struggle with a calf injury so Cedric Soares will remain at left-back. Pierre-Emerick Aubameyang could be recalled after making his return off the bench in midweek.

Thomas Partey is back to top form after regaining full fitness so he should keep his place meaning the fit-again Dani Ceballos will have to settle for a place on the bench.

Villa will be without Wesley due to a knee injury while Kortney Hause is also still missing due to an ankle problem. January signing Morgan Sanson is pushing to make his full debut but Ross Barkley may keep his place tomorrow. 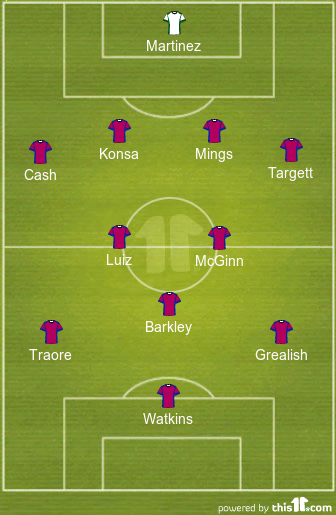 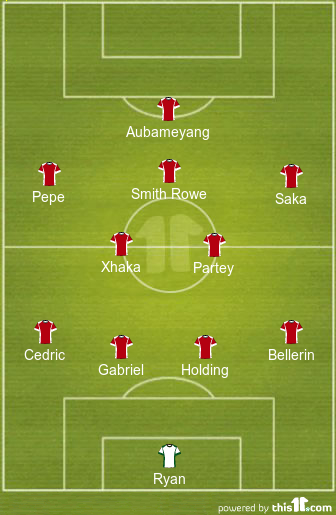 Aston Villa 1-2 Arsenal: The Gunners have certainly turned a corner in recent weeks and were unfortunate to lose at Wolves as they were playing some terrific football before Luiz got sent off just before half-time.

Arsenal have an excellent record at Villa Park having won 12 Premier League games at the stadium so they’ll be confident of collecting all three points tomorrow. Villa have the potential to cause Arsenal problems and I think this will be a tight game, but am backing the Londoners to edge it.