Betting on soccer: myths vs reality 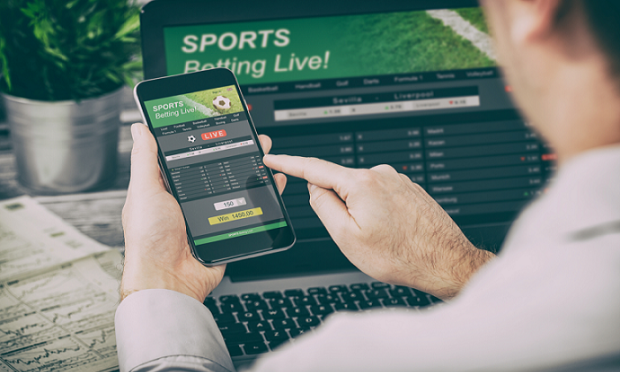 Betting has entered the world of sports and has a significant impact on it. The logos of bookmakers are all over the teams’ uniforms, and fans all over the world bet on their favourite teams. Nevertheless, the world of betting is still surrounded by a mass of myths and stereotypes, and today we will try to get to the bottom of a few of them.

Indeed, over 90% of players lose more and more often than they win. However, there are those few percent who make money on sports betting. You have to be tricky to beat a bookmaker.

The first way is with surebets. The player uses the difference in odds between two or three bookmakers and bets on opposite outcomes, remaining in profit for any result of the match. The necessary difference arises from the competition, technical errors, and incorrect assessment of chances.

The second way is to find the odds that the bookmaker has unreasonably overestimated and use it. These bets are called value bets. It helps to break margins and make money from a distance. This is easiest to do at less popular tournaments since the odds, for example, for Premier League or Serie A are thoroughly calculated by analysts.

There are other ways as well, such as bonus hunting, and so on.

In reality, everything happens exactly the opposite. Bookmakers have estimated the odds in the match and are waiting for a certain amount of bets. But, then crazy money comes to one of the outcomes. If the outcome is successful, the office will have to pay an amount 2-3 times higher.

That is why legal bookmakers around the world are uniting to fight “strange matches”. The security service monitors strange betting patterns, removes the match from the line and reports it to the international bookmaker associations ESSA and Federbet, the federation and the police, and friends and relatives of athletes are prohibited from placing bets under threat of disqualification of the player. Kieran Trippier was recently suspended for betting his friends to move to Atlético.

3. Bookmakers make a lot of money

Indeed, the heads of the big offices do not live poorly. Yet, their profits are not comparable to those of casinos, lotteries or poker on a global scale. According to Infoholic Research, casinos accounted for 35% of gambling revenues in 2016, while lotteries accounted for 28%. Poker was in third place, and sports betting brought 14% of all gambling revenue worldwide.

There are always winners and losers in the game. Of course, the bookmaker keeps the money of the latter. But it should be remembered that he also pays winnings to successful players. The bookmaker’s earnings are ensured by the margin. The company puts it in the odds. The margin brings the bookmaker a profit in almost any situation, provided that there is qualified trading.

5. There are fixed matches on the Internet

On the Internet, you regularly come across communities whose leaders sell the results of fixed matches. However, all these thousands of offers are pure fraud. The criminals issue their predictions for the match scenario agreed with the athletes.

The most popular method of persuasion is to recruit a group of customers, divide it in two, and send opposite bets to different groups. Someone will get a winning bet, and someone will lose. The winners will believe the cheater, and they will pay the price.

6. All sports tipsters work for bookmakers

Players trust reputable sports tipsters and get upset when the predictions fail. Often, users accuse the expert of working for a bookmaker. Allegedly, he deliberately gives a bad prediction so that the players lose and bring money to the bookmaker.

However, large portals and authoritative personalities in sports value their reputation. Frequent mispredictions will turn the audience away from the tipster, depriving them of traffic to the website or blog, which is the main source of income from advertising.

Also, it is just as difficult to make a wrong prediction as it is to make the correct one if we are talking about betting with the usual odds. Of course, it is possible to give a prediction on an unrealistic outcome with odds of 10.0, but users will not believe in it.

Meta.reviews, where you can choose a bookmaker of your choice, recommends betting wisely and not placing high expectations on them. Then the player will be able to enjoy watching the match with increased interest.