Man Utd will host Real Sociedad at Old Trafford this evening for the second leg of their Europa League tie, kick off 20:00.

Man Utd had a triumphant visit to Turin in the first leg of the draw, coming away with a 4-0 victory over the Spanish side. Bagging the four away goals has given United a huge advantage going into tonight’s game, with a place in the last 16 of the Europa League looking almost certain.

Utd were without key players, Paul Pogba, Edinson Cavani and Donny van de Beek in the first leg, with Scott McTominay joining the injury list after picking up an injury during Thursday’s game.

Utd manager Ole Gunnar Solskjaer confirmed in an interview with MUTV that all four players will “still be missing” for this match. He said, “They’ve not joined training, so they won’t be ready, no. Paul has been outside on the grass and is starting to step up his recovery but he’s not near the team for this game.”

This will be a big blow for Manchester United, who would have been hoping to start players such as Donny van de Beek, providing much-needed rotation within the squad ahead of Sunday’s game against an in-form Chelsea.

Other possible options for Solskjaer are the two young stars, Amad Diallo and Shola Shoretire. When asked in his pre-match press conference whether they would be in the squad for the game, Solskjaer replied, “Amad and Shola will be involved. They’re in the squad, but I’m not going to tell you if they’re starting or not.”

For Real Sociedad, they will be missing defender, Robin Le Normand, due to suspension. It remains unknown whether Artiz Elustondo will be fit enough to play after picking up an injury in a pre-match warm-up at the weekend. 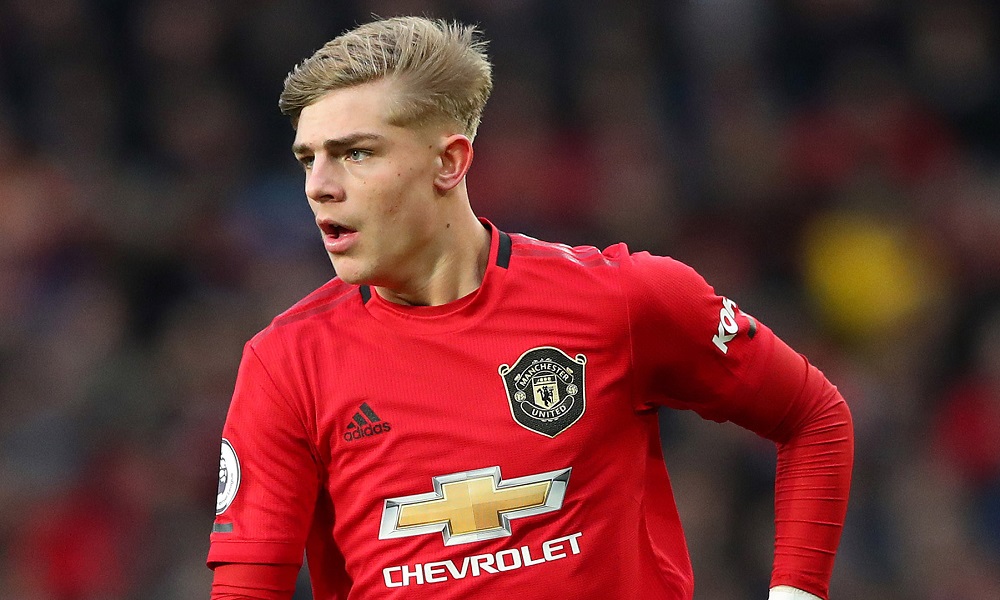 By scoring four away goals in the first leg, Utd have not only near enough secured their place in the last 16 of the Europa League, but they have also put Solskjaer in the rare position of being able to rest key players ahead of the game against Chelsea. It is therefore expected that the starting XI will be heavily rotated.

The first change will see Dean Henderson reclaim his position in goal as Utd’s talented cup goalie. The back four should be completely rotated to allow all of Utd’s first-choice defenders to get an important rest ahead of the weekend, including captain Harry Maguire. This would see Brandon Williams coming in at right back, with Axel Tuanzebe and Eric Bailly partnering in the centre of defence, leaving Alex Telles on the left.

Where we are unlikely to see any rotation is in the centre of midfield. With the likes of van de Beek, Pogba and McTominay all out, Nemanja Matic and Fred remain favourites to start as they did at the weekend against Newcastle.

Further up the field, both Bruno Fernandes and Marcus Rashford should be given a rare and well-deserved rest. This would see Juan Mata starting as the attacking midfielder, with Anthony Martial playing in his favoured position on the left-wing.

Mason Greenwood could then push up to a centre forward position, as he did in the first leg last Thursday. This would allow Utd’s new signing, Amad Diallo, the chance to make his starting debut on the right-wing for Utd after making his first-team debut in the 83rd minute of last Thursday’s game.

The 17-year-old Shola Shoretire – who made his first-team debut for Utd against Newcastle at the weekend – will be on the bench and should be substituted on at some point during the game. There may also be an opportunity for 19-year-old midfielder, Ethan Galbraith – who has been called up into the squad, to make his first-team debut, particularly with the lack of depth in midfield  at the minute due to injuries.