5 Reasons to Choose to Bet on Soccer

Online football betting is one of the biggest industries in the world. Here are five reasons why you should start betting on football. 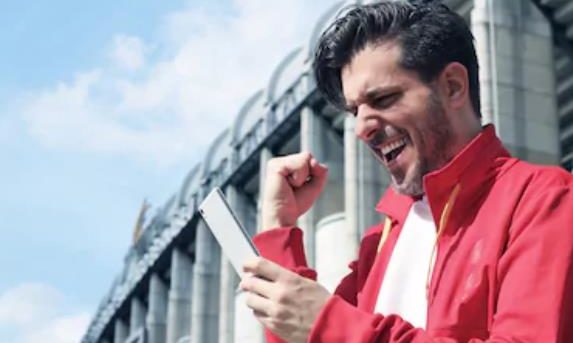 Whether you’ve fully embraced the game or not, there’s no denying that soccer is the most popular sport in the world. While it continues to gain popularity in the United States, it’s long been played and watched in every corner of the world. With online sports betting being such a strong industry and soccer one of the most popular sports in the world, it’s no surprise that betting on football has become a multi-million pound industry. That hasn’t happened by accident, and it hasn’t happened just because the game is beloved throughout the globe. There are many advantages to betting on soccer that you may not get from other sports betting forms.

Here are five reasons why you should start betting on football.

Technically, there isn’t an unlimited number of soccer games available at any given sportsbook. However, it sometimes feels that way. Virtually every country in the world has a professional soccer league so there are countless games being played every single day. For bettors, this means a seemingly endless number of betting options at your disposal. You can focus on the teams that you like or the leagues that you know the best, but you can also try your luck on relatively unknown leagues and teams so you’ll never run out of betting options.

You know how American Football, basketball, and baseball all have an offseason, leaving you nothing to do but bet on futures? Well, that doesn’t happen with football because the sport is active 12 months a year. In the U.S., the MLS season starts before winter is over and runs deep into the following fall. Meanwhile, top European leagues typically begin the season in August and don’t stop until May. That means that, barring a global pandemic, either MLS or the top European leagues are in-season throughout the year. Keep in mind that the summer is when major international tournaments are scheduled. There’s the World Cup, the Women’s World Cup, the Euros, the Gold Cup, Copa America, and more. Every summer, there’s bound to be at least one major tournament being played, which means there is no offseason for folks who enjoy betting on soccer.

If betting on soccer games isn’t your area of expertise just yet, don’t worry. There is far more to football betting than the outcome of games. Most games are accompanied by an almost endless list of prop bets. You can bet on the total number of goals in a game or when the first goal will be scored. You can bet on the number of yellow cards in a game or how many corner kicks each team will earn. Soccer also has just as many individual player prop bets as the other major sports. This means placing bets on whether a specific player will score or goal, get an assist, or receive a yellow card. There are usually many soccer prop bets available when you bet online, and you don’t need years of experience watching the sport to make the right call.

Last but not least, it’s always exciting to watch soccer games after placing a bet on them. It’s true that there is less scoring in soccer than in other sports, but the games are shorter, and the action is non-stop. The average soccer game takes just under two hours to complete, and studies show that the amount of time there is action during a soccer game is far higher than other sports. For example, a three-hour American football game will likely have less than 20 minutes of actual game action. Meanwhile, there will be over an hour of game action during a soccer game that takes less than two hours of real-time to play.

If your online sportsbook is top-shelf, they will have live betting on at least the major soccer games. With live betting, the odds for who will win, including halves, as well as goal totals and many props will change in-game. As the beautiful game flows, you can get a sense of momentum and perhaps catch a line you really like as the game is being played…before the oddsmakers see what you see.