The Paul Pogba Dilemma: An Evaluation Of The Possible Outcomes For Man Utd

Paul Pogba’s contract with United is set to run out in summer 2022, leaving both United and Pogba with a dilemma as to what to do this summer.

Paul Pogba’s contract with United is set to run out in summer 2022, leaving both United and Pogba with a dilemma as to what to do this summer.

If United fail to agree a new contract with Pogba, the Frenchman may decide to leave United this summer or go for free at the end of next season.

Over the past few years, many pundits have spoken about Pogba’s inconsistency in a United shirt. This includes the likes of Steve McClaren – Alex Ferguson’s former assistant and former England manager – who said in 2018 that since coming back to Manchester Pogba “has not matured, he is inconsistent”.

Marca also stated that Solskjaer has given Pogba the freedom to roam from his position and drive the team forward, this was followed by a quote from Solskjaer which said, “We have taken the shackles off him and given him more freedom”.

Therefore it is arguable that Pogba is a key man in Solskjaer’s plan to take United back to the trophy-winning glory days. This means he is not someone Solskjaer is going to want to lose this summer, or the next.

Nevertheless, whatever happens will depend almost entirely on what Pogba wants to do, whether that be staying at United with the hopes of being a key man in the club’s revival or starting a new venture in another league.

What will it take for Pogba to sign a new contract?

In order to try and determine whether Pogba will sign a new contract with United, the question that needs to be asked is, what will it take to convince him to stay.

Arguably, what is needed is a clear vision and plan coming from Solskjaer about how the club is going to achieve success both in the domestic and European leagues.

There is no doubt that Pogba performs at his best when he is allowed to venture forward during games, creating those big chances in the last third. Therefore, one key thing which could persuade the Frenchman to stay would be to sign a proper centre defensive midfielder.

Pogba would then be given even more freedom to roam freely across the pitch, knowing he has a trustworthy and reliable holding player behind him. Not only will this help Pogba, but it will also have a positive impact across the whole team. Possible options include current West Ham midfielder, Declan Rice, and Brighton midfielder, Yves Bissouma, who United were rumoured to have an interest in back in January 2021.

What happens if Pogba does not sign a new contract?

Pogba could alternatively decide to run down his contract at United and then leave as a free agent at the end of next season. 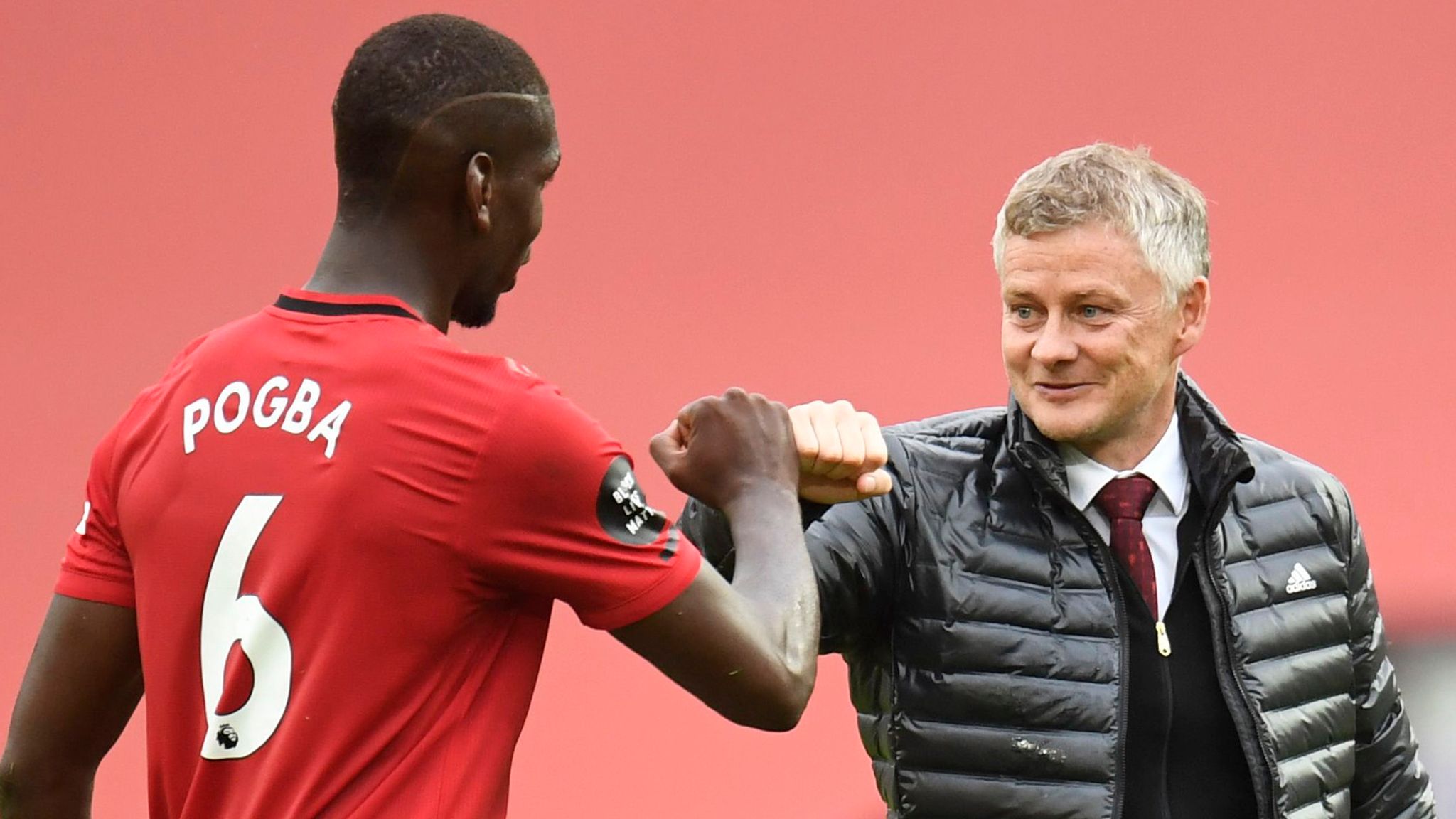 This could be massively damaging for United, as the club paid a fee of €105m for his transfer back in 2016 and the Frenchman still has a market value of between £54m (transfermarkt.co.uk) up to £73m (eurofootballrumours.com). Therefore, United would be set to lose out on a considerable amount of money if he was to leave on a free transfer in summer 2022.

Fans may be excited at the thought of having Pogba for a final year, rather than losing him a year early. However, in his final year Pogba is going to be eyeing up moves for the summer which may mean he fails to perform at his highest level. For example, the Frenchman may refrain from going into risky tackles in the fear of getting an injury which could impact his value in the summer.

Further to this, his well-known agent Mino Raiola will most likely be trying to build up some interest in Pogba, creating a bidding war for him in the summer. This is likely to cause United manager Ole Gunnar Solskjaer some unwanted problems, as well as possibly creating tension within the dressing room. Therefore, this is something United should try to avoid.

Will Pogba be sold this summer?

The question of whether Pogba will be sold this summer has been made more difficult as a result of the financial implications of the Coronavirus pandemic on football clubs in Europe.

Express have reported that Pogba has been linked with a move to both Real Madrid and Juventus. Pogba has made no secret of his preferred move back to Juventus, however, it has been reported that Juve do not have the money to satisfy Pogba’s salary demands following the pandemic.

Zinedine Zidane, manager of Real Madrid, has also shown his admiration for Pogba. However, Real Madrid are linked with other expensive players this summer such as Kylian Mbappe, David Alaba and possibly even Erling Haaland. Therefore, Pogba is unlikely to be high enough on their priority list to get an offer this summer

More recently, United.No have reported that Pogba is open to extending his stay with United and is willing to discuss a new deal with the Club (via Mirror).

Solskjaer has also made no secret of the fact that there are talks ongoing between the club and Pogba saying, “We’ve got a good open dialogue with Paul, so what we talk about and how we see that situation remains between us.”

He went on to say:

“Paul is a Manchester United player through and through. He’s been here in two spells. He came as a kid, he’s learnt about the history of the club, the passion of the club. He wants to do the best for United when he’s here and I think we’ve seen that.”

Overall, at this current stage in the season, it looks more likely that Pogba could stay at United for at least another year. This would be the best case scenario and hopefully Solskjaer can do enough to persuade Pogba that he could be instrumental in United’s revival and future success.

Whatever happens, there is no doubt the 28 year old is a largely influential character both on the pitch and among his teammates, so hopefully his United DNA and passion for the club will be enough to keep hold of arguably one of the best midfielders in Europe.