The USA has some of the grandest stadiums in the world, many of them hosting football matches. To see this stadiums up close, you need an ESTA.

We’ve all heard about the famous football stadiums around the world: Stamford Bridge, Camp Nou, Estadio Santiago Bernabéu, Old Trafford, you name them. Many of us have been to one or several of them. Yet there is one country that has some of the largest and unique stadiums in the world that are criminally underrated outside it: the United States. In this article we’ll go over 5 key football-related stadiums in the USA, as well as some general tips for travelling to the USA, such as applying for an ESTA. 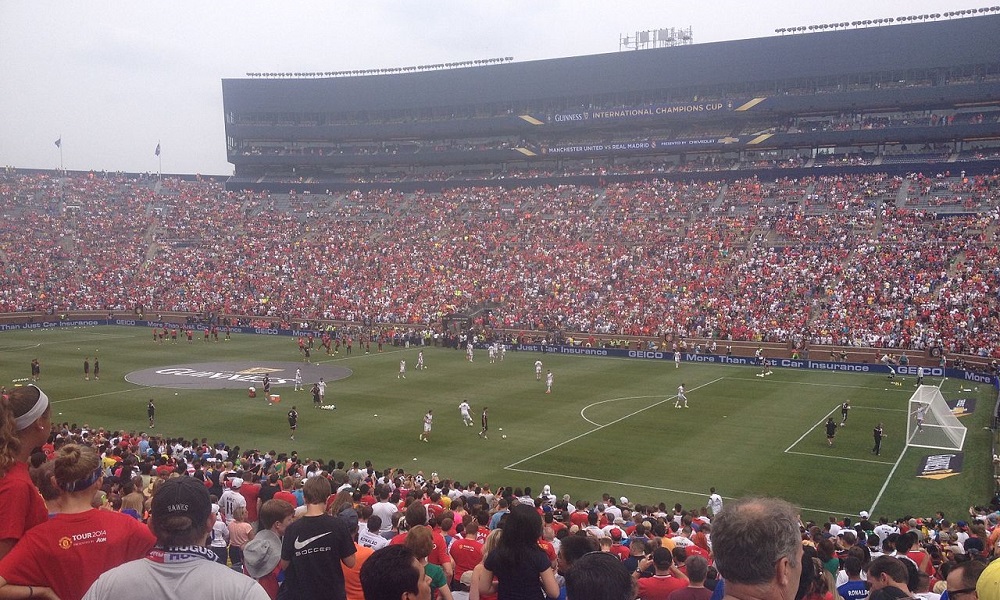 The Michigan Stadium (no points for guessing where it’s located) is by far the largest stadium in not just the USA, but the Western Hemisphere as a whole. It can host close to 110,000 fans, and this number was very nearly reached during a match between Real Madrid and Manchester United (over 109,000 fans). This match remains the single most popular football event played on US soil.

The Rose Bowl is one of the most historic stadiums in the USA, and one of the most historic in the world. Located in Los Angeles, California, it has a seating capacity of 92,542. While it is used for a wide variety of athletic events, football lovers will remember it as the site of the 1994 FIFA World Club Final between Brazil and Italy, the first World Cup final to have no goals in both regular and extra time, having to be decided by a penalty shootout.

Located in Atlanta, Georgia, the Mercedes-Benz Stadium holds the distinction of being the largest purely football stadium in the USA. It can host up to 72,000 fans, and this is much needed since its team, Atlanta United, are the most popular team in the MLS, holding most records for attending fans.

With a seating capacity of just under 20,000, the Historic Crew Stadium does not break any records. However, it holds the distinction of being the first ever stadium to be built exclusively for a Major League Soccer team. As such, it holds a special in place in the hearts of American football fans. Formerly known as the Mapfre Stadium, the Historic Crew Stadium is the home of Columbus Crew SC.

Travelling to the USA: get yourself an ESTA

The atmosphere in US stadiums is an experience in itself. However, travelling to the USA requires proper preparation, and one of these preparations is applying for the right travel permit. British travellers have the benefit of being able to submit an ESTA application. The ESTA is the much cheaper alternative to the US visa, and it’s approved much faster as well. ESTA approvals can take as little as one hour, while visas can take weeks to get approved.

To submit an ESTA application, simply fill in the online form. Once the payment is made, the visa is immediately processed by the US immigration service. Once approved, the ESTA is digitally linked to your passport. All you need to do to board the plane is to present your passport and flight ticket. The ESTA is not a paper document and therefore cannot be printed.