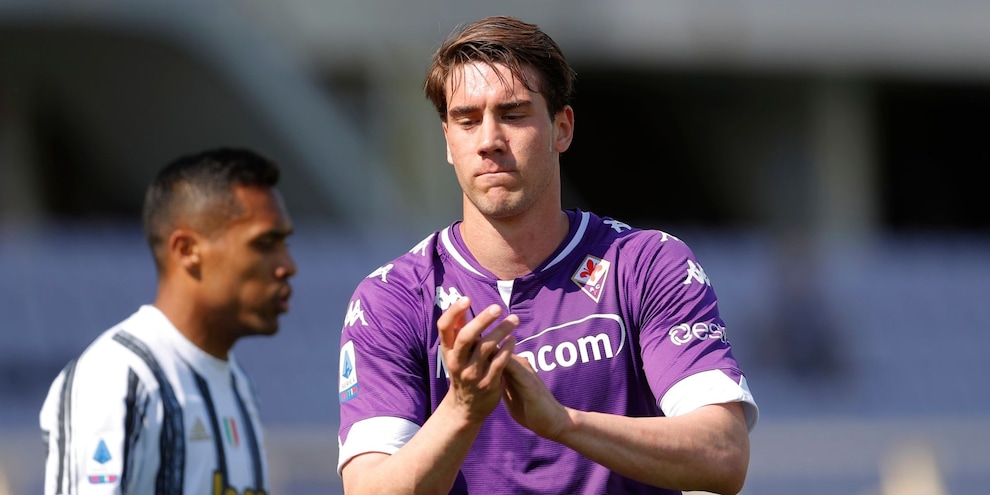 Liverpool have opened talks with Dusan Vlahovic’s agents over a possible move to Anfield but face competition to sign the £43m-rated Fiorentina attacker, according to reports in Italy via the Sun.

Jurgen Klopp is looking to strengthen his squad this summer following a disappointing campaign that saw Liverpool sneak into the top four on the final day of the season and relinquish the Premier League title to Manchester City.

The Reds are being linked with several central midfielders as they look to replace the outgoing Gini Wijnaldum but Klopp is also being tipped to sign another attacker to help add more competition in the final third.

Vlahovic has emerged as a potential target in recent weeks and the Sun are citing a report from TuttoSport that claims Liverpool are in a battle with Juventus, AC Milan and Atletico Madrid to land the Fiorentina hitman this summer.

The Italian outlet says Liverpool have already opened talks with the players’ representatives to discuss a possible move to Anfield but any deal won’t be easy with the likes of Juventus and Milan also in negotiations.

Vlahovic has two years left on his contract and Fiorentina are keen to keep hold of him if they can persuade the striker to sign an extension, but TuttoSport suggests a deal could be done between £43m and £52m [€50m-€60m].

We’ll have to wait and see how things progress over the coming weeks but Vlahovic would be an exciting signing for Liverpool if they are able to win the race for his signature this summer.

The 21-year-old has forged a reputation as one of the most talented young players in Italian football since joining Fiorentina from Partizan in 2018 and he scored 21 goals in 37 games last season in a poor team that finished 13th in Serie A.

The Serbian international is predominantly a centre-forward so he’d provide stiff competition for Roberto Firmino if he moved to Anfield and would give Klopp another top class option in the final third.