Ahmed Musa’s shock move to Kano Pillars, the four-time winners of the Nigerian top-tier, could inspire others to return to Nigeria and other African countries

In March, Kano Pillars, the four-time winners of the Nigerian top-tier, announced they’ve signed one of the biggest Nigerian football stars Ahmed Musa.

At the moment of writing, Kano Pillars are near the top of the NPFL table. Sportsbooks where Nigerians bet on soccer online all seem to favour this team to win the domestic title.

The ex-Leicester City Winger has joined his boyhood club more than 11 years after leaving his native Nigeria for a career overseas. He’s arrived on a six-month deal, after leaving Al Nassr (Saudi Arabia) last autumn.

Whether he’s going to stay in Nigeria after the season wraps up remains a big question. Sure, Kano Pillars would love to keep him around, but there are plenty of other suitors out there, many that are probably ready to pay him much bigger wages.

According to Transfermarkt, Musa’s current value is £3.43 million which is 16 times the value of the second-most valuable player in the Nigeria Professional Football League (NPFL). 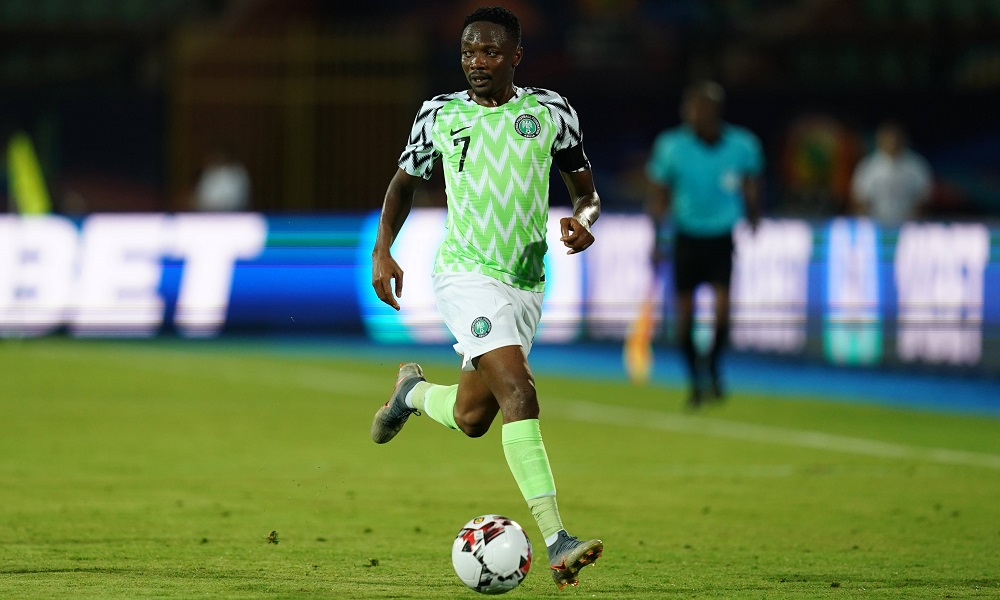 No surprise there, as the winger has a fantastic portfolio. After moving through the youth ranks of Kano Pillars, Musa moved to Europe. His career took off in the Netherlands where he played for Venlo. From there he moved to CSKA Moscow, where he achieved some of the biggest achievements of his career.

Impressed by his brilliant performances in Russia, Leicester City signed him on a big-money transfer just a few weeks after winning the Premier League. Although the fee has never been disclosed, it was reported that Musa’s transfer was one of the most expensive deals in the history of the club.

Now, at the age of 28, Musa has decided to return to his childhood club. Thanks to his arrival, Kano Pillars look more than capable of winning the title this year, but what about the next season?

Considering that Musa probably has many more years in his legs, he’ll probably want to return to the big stage. And that could mean a transfer to Europe! As per his contract with Kano Pillars, Musa is allowed to move for free if he finds a club in Europe.

It’s almost certain that there are going to be plenty of interested parties. It’s not just because of who he is, but also for his decent performances over the last couple of months. Right after arriving at Kano Pillars, Musa established himself as their key player.

Ahmed Musa has been a pillar of the Nigeria national team for ages. Since making his debut in 2010, he’s featured in 98 games, scoring 15 goals along the way. His performances in Nigeria’s shirt earned him the captaincy of the Super Eagles.

With six months remaining until the 2021 Africa Cup of Nations, Musa is determined to keep his spot in the national team. In fact, one of the suggested reasons why he decided to move to Kano Pillars after being without a club for almost half a year is that he wanted to be ready for the biggest international competitions in Africa.

Another reason behind his decision to come home is a more altruistic one. As per his own admission, Musa’s returned to the NFL to help his home country in falling in love with football again.

“I know that returning to Nigeria will bring people back to the stadium to watch games, so I thought why not come back,” Musa told NPFL.tv.

He’s not the only one to think that. His decision to return to Nigeria was applauded by a number of sportspersons, celebrities, and even politicians.

Senator Shehu Sani believes that with Musa’s help, Nigeria’s football can gain more recognition. Bringing back such a high-profile player like Musa is bound to make people more interested in the NPFL. Furthermore, with Musa’s help, his club could do a lot on the continental stage which would put them in the spotlight of football fans from all over Africa and beyond.

Musa is not the first footballing star to come back to Nigeria from Europe and probably won’t be the last. Back in the 1990s, Rashidi Yekini did something similar. After spending more than a decade playing abroad, Yekini returned to Lagos-based club Julius Berger.

Outside Nigeria, we recently saw Asamoah Gyan returning to Ghana after 17 years. South African playmaker Siphiwe Tshabalala – the man who scored the first goal at the 2010 World Cup – came back to his native country after two seasons in Turkey.

Despite some noteworthy stories, coming home hasn’t been a common scenario for African players. However, in other parts of the world, such a thing is pretty much a custom. For instance, over in Brazil, we’ve seen such superstars as Ronaldinho and Dani Alves coming home. In Argentina, Carlos Tevez returned to Boca Juniors after spending nearly a decade in Europe.