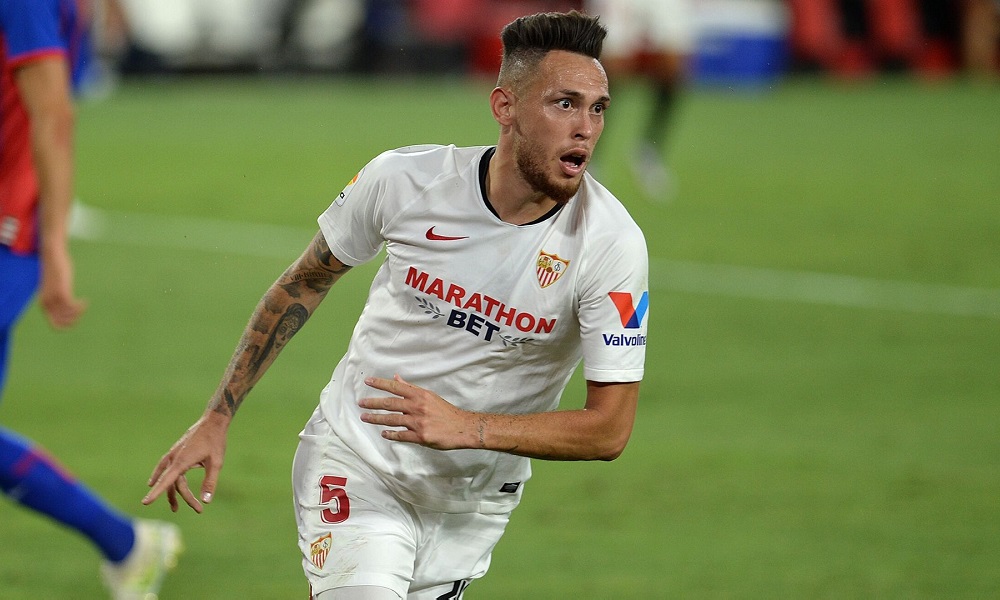 Liverpool are eyeing a late move to sign Sevilla attacker Lucas Ocampos as Jurgen Klopp looks to make a late addition to his squad before the window closes, according to reports via TeamTalk.

Klopp has been extremely quiet in the transfer market so far this summer with highly-rated centre-back Ibrahima Konate the only significant arrival following his move from RB Leipzig at the start of July.

However, the Liverpool boss is being tipped to dip into the market before the window closes on Tuesday night and a versatile attacker appears to be on the agenda as Klopp looks to add more depth to his forward line.

The Reds have been linked with a number of attacking players throughout the summer as Klopp has relatively few serious options behind his four main attackers; Diogo Jota, Mohamed Salah, Sadio Mane and Roberto Firmino.

Xherdan Shaqiri’s move to Lyon has only fuelled speculation that Klopp will bring in another attacker over the coming days and TeamTalk are citing a report from Daily Star that claims Ocampos has emerged as a target.

The newspaper says Liverpool are concerned they’ll be left light in attack with Mane and Salah heading off to the African Cup of Nations in January so they’re eyeing a late move to sign the Sevilla winger.

Ocampos joined Sevilla in 2019 and has scored 25 goals in 90 appearances in all competitions to help the club win the Europa League while he also finished as the clubs top scorer during his first season in Spain.

The 27-year-old is comfortable playing out on either wing or even through the middle if required so his versatility would make him the ideal addition to Klopp’s squad given he could cover for the likes of Mane, Salah and Jota.

However, Ocampos still has three years left to run on his contract so Sevilla are under no pressure to cash-in and the Express says it would take an offer of at least £36m to get a deal done for the South American.

It remains to be seen whether Liverpool are prepared to pay that kind of money but Ocampos would be an excellent addition to Klopp’s squad if the club was able to lure the Agentinean international to Anfield before the end of the month.