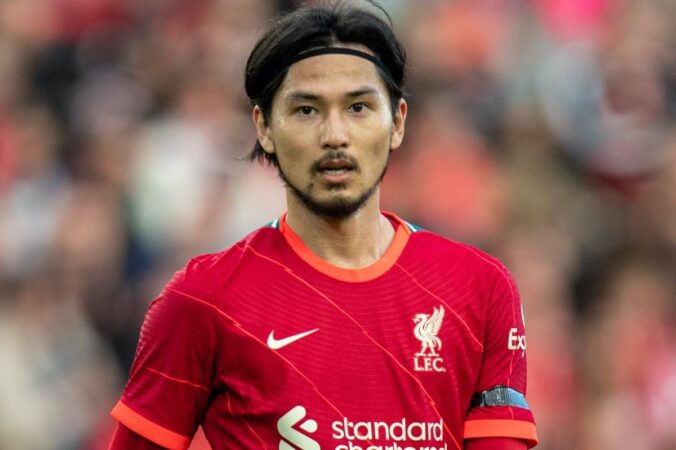 Liverpool manager Jurgen Klopp was impressed with the performance of Takumi Minamino during the club’s 2-0 win over Preston North End on Wednesday.

Klopp made wholesale changes for the Carabao Cup fourth-round tie at Deepdale. The hosts were the better side in the opening half inducing a save from Adrian and a goalline clearance from right-back Neco Williams.

However, the Reds eventually broke the deadlock after the hour mark. Williams provided a cross from a tight angle that was flicked into the back of the net by Minamino.

Divock Origi put the game beyond Preston’s reach six minutes from time. The Belgian scored with a brilliantly improvised scorpion kick that lobbed over Declan Rudd.

Speaking after the game, Klopp was delighted with the showing of both goalscorers, but particularly heaped praise on Minamino for scoring a ‘really important’ goal.

He said via Liverpoolfc.com: “Taki is high quality. Taki’s problem is… actually, there is no problem apart from the other players in his positions are really good and thank God for us they are not injured.”

“That’s it. Taki is absolutely fine, Taki is an outstanding moment, training-wise much better than he showed tonight but he was the most dangerous player and scores a goal, which is really important.”

Minamino struggled for regular playing time during the first half of the previous campaign. This saw him loaned out to Southampton for the back end of the season.

It has been similar this term with his lack of minutes. The £10.8m-rated star has made just three appearances for the club, with two of those being in the League Cup.

The Japan international has made his mark with three goals, and could get his chance to impress in the league during the festive schedule ahead as well as January.

Klopp may rotate his options in December while Minamino could get a run of starts at the turn of the year with Mohamed Salah and Sadio Mane off for African Cup of Nations duty.

The form of Minamino has been promising in recent League Cup encounters, but it can be said that he has been up against teams that the club were widely expected to beat.