Manchester United prepared to loan out Dean Henderson for 18 months 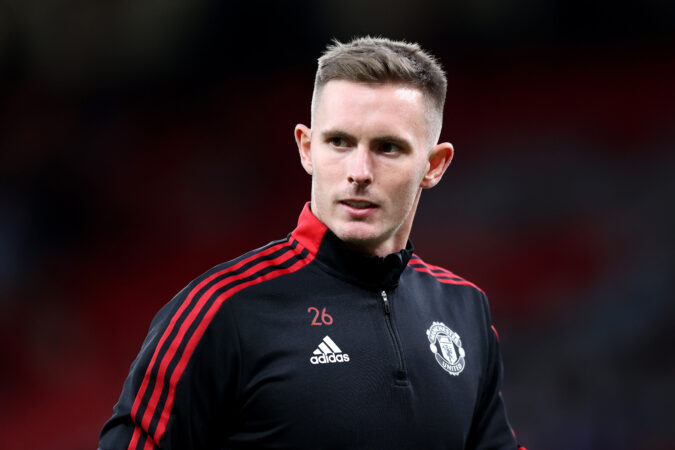 Manchester United are prepared to loan out Dean Henderson for 18 months amid his lack of playing time, The Sun reports.

The England international became a regular in goal during the final months of last season, but it has not been the same this term.

His start to the season was disrupted due to coronavirus. This meant that De Gea was unrivalled for the number one role.

The Spaniard has since been superb between the sticks, and Henderson has made limited to just one game in the Carabao Cup.

It is now reported that United are willing to loan out their graduate for 18 months amid his urge to secure regular game time.

Newcastle United are said to be interested in the 24-year-old, who is keen on reclaiming his Three Lions spot ahead of the World Cup.

De Gea’s future was questioned earlier this year after Henderson replaced him in goal for the league games. The latter started regularly from March.

However, Henderson made high-profile mistakes against Liverpool in May. De Gea was picked ahead of him for the Europa League final against Villarreal.

United ended up losing the game via a penalty shoot-out. De Gea received criticism from several fans after failing to save all 11 penalties while missing his.

The Spaniard has redeemed himself this term with several stand-out displays. He saved a last-gasp penalty at West Ham to secure United all three points.

De Gea appears indispensable from the starting line-up for the league and European games. Hence, Henderson could be limited to FA Cup action if he stays.

A 18-month loan appears an ideal solution. United obviously rate Henderson highly and view him as a potential number one in the long run after De Gea’s exit.

Newcastle are actively searching for a new shot-stopper. The Magpies are currently the focus of attention after their recent takeover from a Saudi-based consortium.

Henderson excelled during his debut top-flight campaign at Sheffield on loan. He played a key role in the Blades’ ninth-place finish during the 2019/2020 season.

The £100k-a-week star tends to bring the best out of him under pressure and could relish the challenge with the Magpies, who find themselves in a relegation tussle.