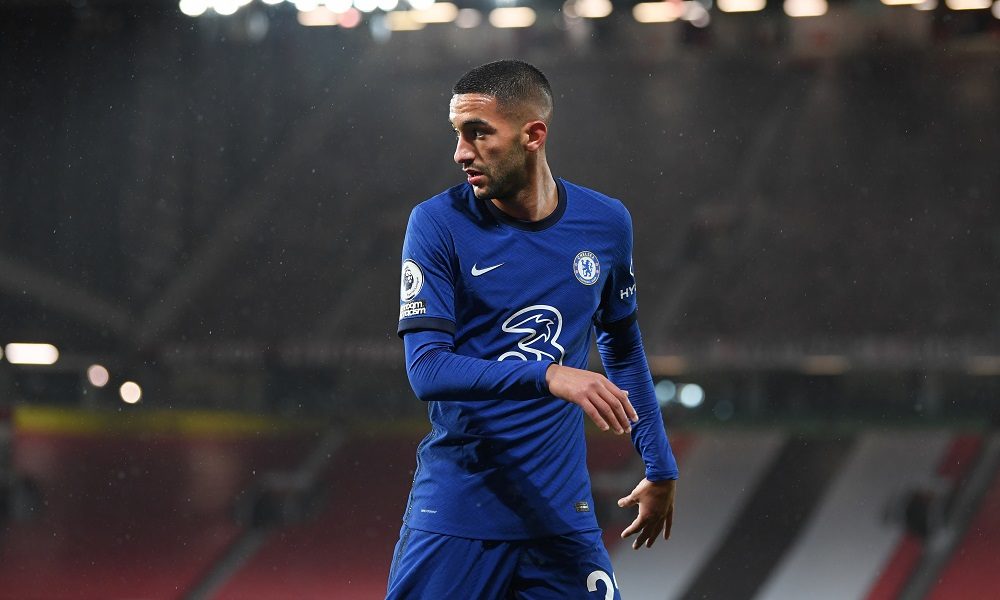 A section of Chelsea fans on Twitter heaped praise on Hakim Ziyech following his excellent performance in the 3-0 win over Leicester City in the Premier League.

The Morocco international has experienced a tough second season with the Blues, and he was an unused substitute in the 1-1 draw against Burnley before the international break.

There has since been speculation that he would like to leave on loan, but Thomas Tuchel recently emphasised that the 28-year-old remains a key player for the west London giants.

He was not picked in the starting line-up against the Foxes yesterday, but made a terrific impact off the bench, registering an assist for Christian Pulisic’s goal in the 71st minute.

Before that, he produced another sublime through ball for Pulisic. The United States international could not find the back of the net with a defender in close proximity.

Ziyech also impressed with his link-up play in the final third. Reece James scored from his pass late on, but the goal was chalked off as Ben Chilwell was clearly offside in the lead-up.

The attacker managed only 13 passes in the second half at the King Power, but he was decisive, creating two key chances. Some Blues fans were delighted for him, and here is how they reacted.

No one else at Chelsea can make this pass. Ziyech is simply our most creative player
pic.twitter.com/NxQh0v47QR

I thought Ziyech was fantastic today

Hakim Ziyech with a fantastic cameo so far, full credit to him, Christian Pulisic might be another false 9 option too, scoring straight away on his return, his ability is undeniable, just stay fit 🙏

Ziyech has been unreal

Ziyech has been very good

Pulisic and Ziyech were class since they came on, exactly what we all wanted to see. Hopefully they can keep the consistency going 👏 pic.twitter.com/2G2lax53hh

Ziyech has struggled for form and consistency during his one-and-a-half seasons with the Blues. He had an average debut campaign with just six goals and four assists from 39 games.

He appeared to have turned the corner after a bright pre-season over the summer, but picked up a shoulder injury shortly after scoring in the UEFA Super Cup win over Villarreal.

The £100k-a-week star has since failed to nail down a starting position under Tuchel. He will be hoping that the latest performance will change his fortunes at the club.

Chelsea need one point against Juventus in midweek to ensure qualification to the knockout stage of the Champions League. Both Pulisic and Ziyech could start.

The attacking duo have the chance to repeat Saturday’s performance to stake claim for a starting role against Manchester United in the Premier League next weekend.