Jurgen Klopp has provided the latest team news ahead of Liverpool’s trip to Everton including updates on Roberto Firmino and Naby Keita. 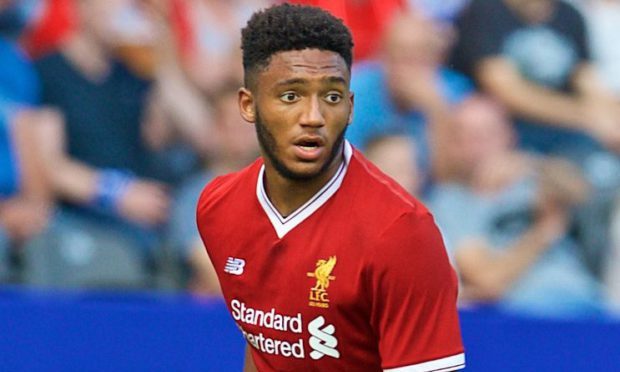 Liverpool will be looking to keep the pressure on at the top of the table with a win when they take on Everton at Goodison Park on Wednesday night.

Ahead of the game, Jurgen Klopp has been speaking to the media at his pre-match press conference this afternoon and he’s provided a team news and injury update including the latest on the condition of several players.

Joe Gomez has been on the sidelines this month due to a calf injury but it looks as though he’s closing in on a return to action. The centre-back has been working hard on his rehabilitation outside and Klopp says Gomez is due to resume full training next week.

There is also a positive update on Naby Keita as Klopp hopes the Liverpool midfielder will join Gomez in resuming training next week as he looks to return from a thigh injury that’s hampered him since late October.

Roberto Firmino has also been on the sidelines recently due to a thigh problem and the Everton game comes too soon. Klopp suggests that Firmino is still ‘a couple of weeks away’ from being available again so Liverpool will hope to have the Brazilian back for the festive period.

The final update was on the condition of Curtis Jones and although the midfielder is desperate to return to action following a head injury, Klopp says they’ll know more on his recovery following a test on Wednesday.

“Joe is in a really good moment. He is doing really well, he is doing a lot of stuff outside, so hopefully next week he can be in training.

“I hope the same for Naby, pretty much – that he will be in training next week as well, but there’s no news.”

“There’s no real update [on Curtis], so we have to wait. I think once every two weeks they always make another examination. Curtis is completely fine, but we have to be careful with it and so we cannot rush it. I think the next test is tomorrow and then we will know more.

“Bobby is good but he is still a couple of weeks away from being fully back, but he is doing pretty much everything just with the extent of the injury we have to be careful, but it’s all fine.”

Klopp also revealed that Liverpool have no fresh injury concerns so with Harvey Elliott continuing his rehabilitation from a serious ankle injury, the Reds boss will be without five players for the trip to Everton tomorrow night.

Liverpool head to Goodison Park having closed the gap on Chelsea to just two points following a 4-0 win over Southampton at the weekend so they’ll hope to keep the pressure up with a win in the Merseyside derby.