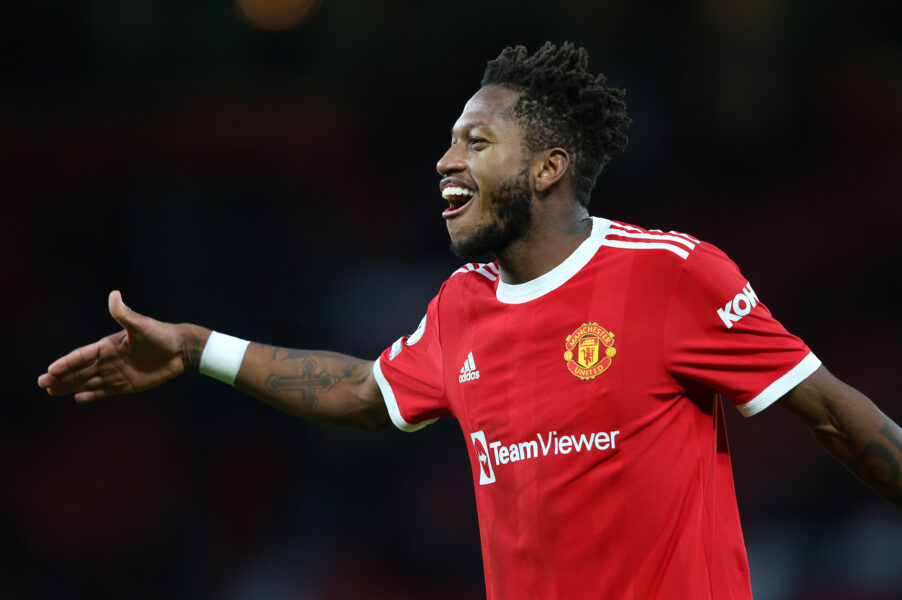 The Brazil international had been in fine form for the Red Devils in recent games, and continued the good run against Patrick Vieira’s side yesterday.

Fred produced a brilliant all-round display with 10 duels won alongside seven tackles and two clearances. He was also a regular presence in the final third, and eventually made the difference.

The 28-year-old had been getting into terrific goalscoring positions recently. He squandered a wonderful late chance against Chelsea, but redeemed himself against the Eagles.

The £120k-a-week star bagged the winning goal with a brilliant curling effort from the edge of the box with his weaker right foot.

Fred has not been a favourite among some United fans, but he has proved many of them wrong with his terrific run of performances since the last international break.

His workrate and eagerness to push forward has been notable. He appears an ideal player for Ralf Rangnick, who prefers his midfielders to play with attacking intent.

United started yesterday’s game with great intensity as they pressed their opponents. There was a drop in performance levels in the second half which was justifiable.

After just one training session, the players may not be used to such intensity over 90 minutes, and things should get better as they adapt more to Rangnick’s system.

Rangnick had no qualms over deploying his preferred 4-2-2-2 set-up yesterday. It was not the perfect performance, but they secured maximum points in the end.

Fred was the gamechanger with the winning strike. He appears to be finding his groove, having previously made two key goal contributions in the 3-2 comeback win over Arsenal.

Scott McTominay did not quite produce the same performance as Fred. There is room for improvement for the Scot to cement his place as a regular starter under Rangnick.

United moved to fifth in the Premier League standings after beating Palace. They are within three points of West Ham United, who hold the final Champions League spot.