Chelsea will look to get back to winning ways when they face Wolverhampton Wanderers at Molineux Stadium on Sunday afternoon.

The Blues were hugely disappointing against Everton on Thursday night. They dominated the proceedings against the Toffees, but ended up with a frustrating 1-1 draw. The London giants had several clear-cut chances in the opening half, but failed to capitalise. Manager Thomas Tuchel will be hoping for a better response against Wolves.

Romelu Lukaku, Timo Werner and Callum Hudson-Odoi were ruled out with COVID-19 on Thursday and they are confirmed absentees for Sunday’s trip to Wolves.

Ben Chilwell also tested positive for coronavirus, but he is sidelined with a knee injury until January. Aside from the quartet, Jorginho and Ruben Loftus-Cheek are doubtful.

Here is how Chelsea could line up against Wolves:

Goalkeeper: Edouard Mendy has not been in the best of form lately but he could not have done much to stop the Toffees’ equaliser. He has failed to keep a clean sheet for the past five league games, and will be hoping to end the run against Wolves.

Defence: Cesar Azpilicueta, Thiago Silva and Antonio Rudiger have started in central defence in the last two games. There could be a solitary change with Andreas Christensen coming in for Azpilicueta on the right side of the Chelsea back three. 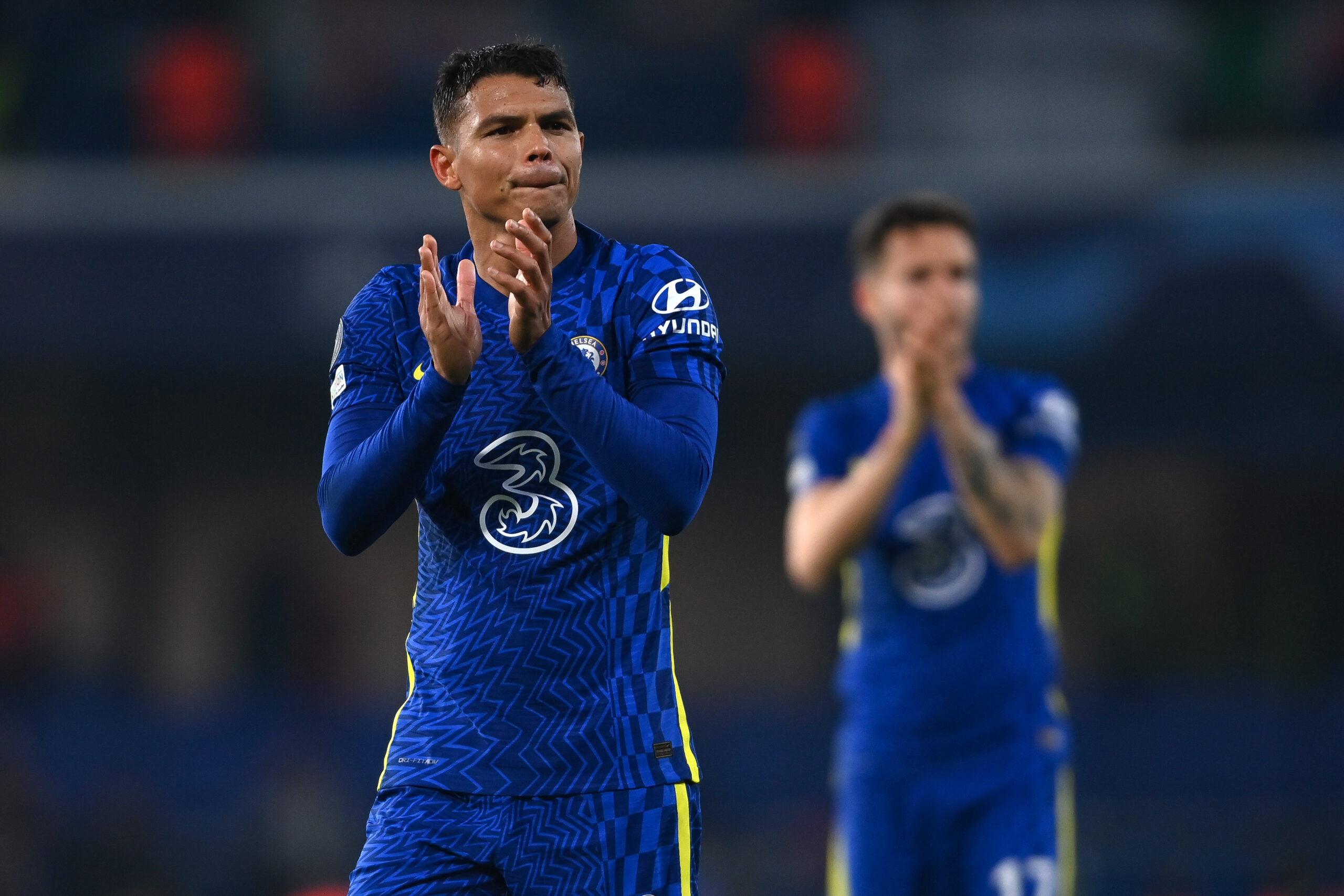 LONDON, ENGLAND – NOVEMBER 23: Thiago Silva of Chelsea applauds the fans at the end of the UEFA Champions League group H match between Chelsea FC and Juventus at Stamford Bridge on November 23, 2021 in London, England. (Photo by Mike Hewitt/Getty Images)

Reece James is an undisputed starter in the right wing-back position and could be accompanied by Marcos Alonso on the opposite flank. Saul Niguez played at left wing-back against Zenit, but the Spaniard has looked out of depth, and may not start on Sunday. His poor judgement contributed to the Toffees’ equaliser.

Midfield: Tuchel has acknowledged that Jorginho and Loftus-Cheek are doubtful. N’Golo Kante appears set to make his first appearance for Chelsea since his knee injury against Juventus.

Meanwhile, Trevoh Chalobah can play as a holding midfielder. Tuchel may choose him to partner Kante as he would not want to displace James from his preferred wing-back position. Ross Barkley is an option, but he has been hugely disappointing with recent displays. Mateo Kovacic may not be risked after just one training session following his injury comeback.

Attack: Chelsea have been handed a boost with Kai Havertz testing negative for COVID-19. He is back in training after a brief illness, and could make the starting line-up. The German could play in the false number role ahead of Christian Pulisic.

Behind him, it appears a straightforward choice for Tuchel. Mason Mount has been in peak form with four goals and two assists from his last six appearances. The England man could be accompanied in attack by Hakim Ziyech, who has three goal contributions since the last international break. 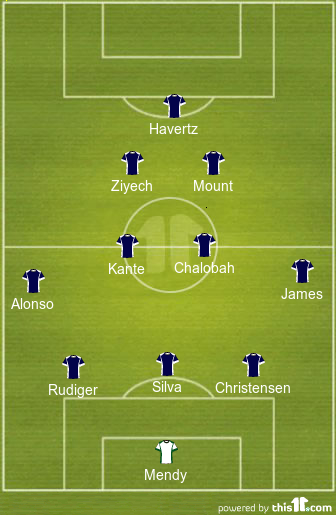