Liverpool will be looking for a win over Everton at Anfield on Sunday afternoon. Here is the team we expect Jurgen Klopp to select for the game.

Liverpool will be looking to keep the pressure on Manchester City with a win over Everton at Anfield on Sunday afternoon. Here is the team we expect Jurgen Klopp to select:

Goalkeeper: Alisson Becker is Liverpool’s undisputed number one so the Brazilian will once again start between the sticks tomorrow.

Defence: Klopp’s defence was rock solid during the 4-0 thrashing of Manchester United on Tuesday night but the German may still decide to freshen things up against Everton on Sunday.

Ibrahima Konate is pushing for a recall after impressing in the FA Cup semi-final last weekend so he could come-in alongside Virgil van Dijk in the middle of Liverpool’s defence with Joel Matip dropping out.

Trent Alexander-Arnold will keep his place at right-back once again while Andrew Robertson should also start at left-back. Therefore, Joe Gomez and Kostas Tsimikas will have to settle for places among the substitutes.

Midfield: Liverpool have a wealth of options in midfield to choose from so Klopp is expected to make at least one change against Everton on Sunday afternoon.

The Reds boss reserved special praise for Naby Keita in his pre-match press conference and he could be recalled after impressing against Man City in the FA Cup last weekend. 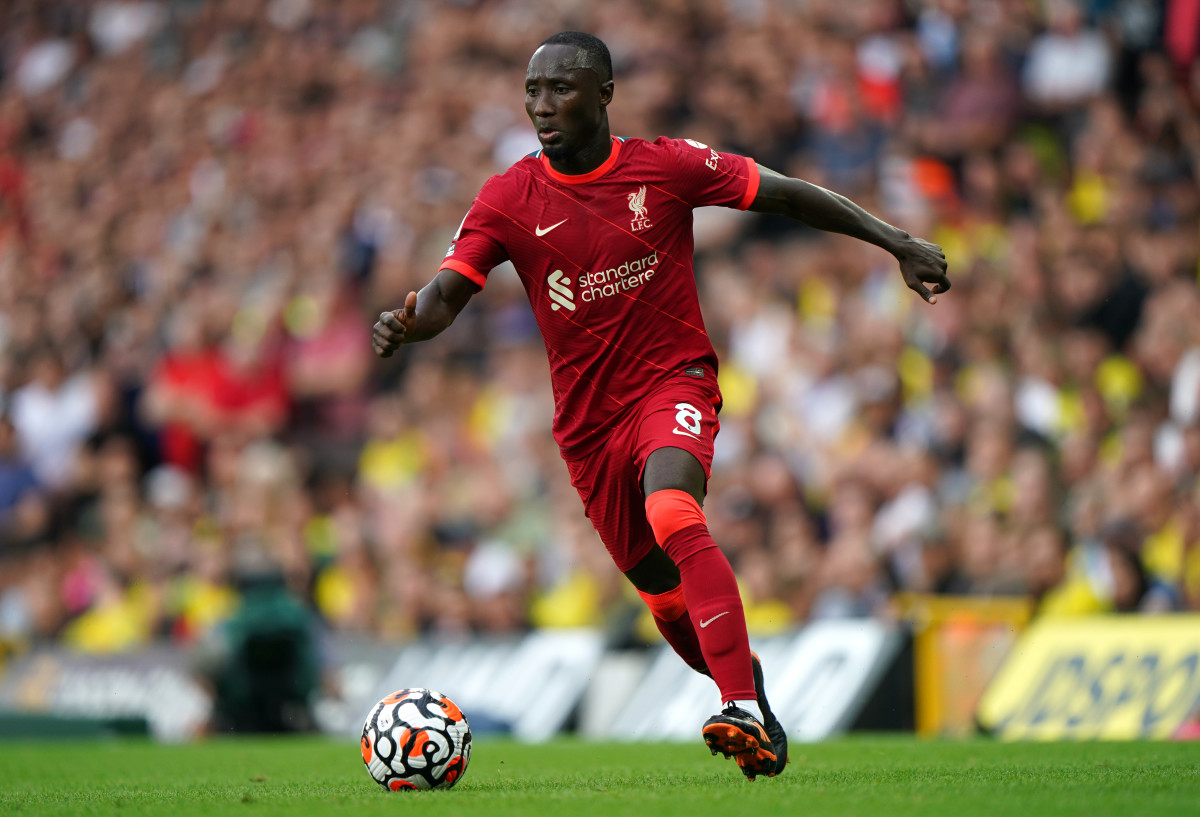 Fabinho will anchor the midfield once again while Jordan Henderson is likely to be retained to help deal with the intensity of the derby. Therefore, Thiago Alcantara could be the man to drop out for Keita with the Spaniard given a rest.

The likes of James Milner, Curtis Jones, Harvey Elliott and Alex Oxlade-Chamberlain will all battle for places on the Liverpool bench this weekend.

Attack: Klopp’s devastating attack was on show once again in midweek as they ripped Manchester United apart at Anfield. Mohamed Salah was on target with two goals and the Egyptian international is expected to keep his place on Sunday.

Sadio Mane is in terrific form right now and he should start against Everton but Klopp is likely to rotate up front to keep things fresh. Roberto Firmino could be back in contention after missing the United game with a minor foot knock.

However, the Brazilian international is unlikely to start so Diogo Jota could be recalled for Liverpool with Luis Diaz given a well-earned rest. 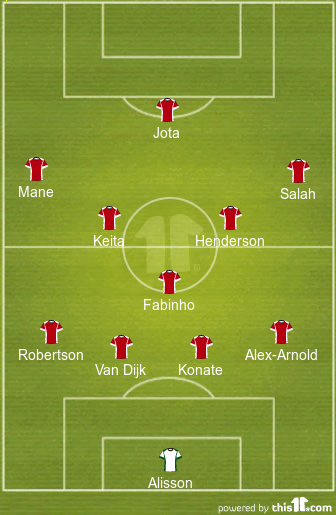