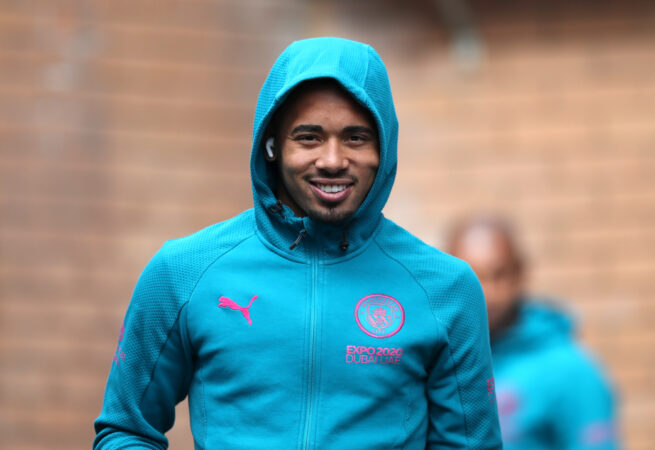 Arsenal are considered favourites to sign Manchester City forward Gabriel Jesus during this summer’s transfer window, as per The Athletic.

The Gunners are expected to bolster the centre-forward department this summer with the prospect of Alexandre Lacazette and Eddie Nketiah heading for the exit door.

Both strikers have less than three months left on their contracts and could leave on free transfers.

Amidst this, The Athletic reports that the Gunners have their eye on landing Jesus, who could pursue a fresh challenge with the potential arrival of Erling Haaland at City.

Arsenal’s technical director Edu Gaspar has been in constant contact with Jesus’ entourage for months, and the Gunners are deemed favourites to sign him during the summer.

Mikel Arteta has previously worked with Jesus when he was Pep Guardiola’s assistant. It is reported that the Brazilian would be open to the prospect of moving to Arsenal.

Jesus has struggled to nail down a starting spot under Guardiola this season. He has still impressed with seven goals and 11 assists from 34 appearances in all competitions.

The 25-year-old has shared his playing time from the centre-forward and right-wing positions, and his versatility could be a key factor behind the Gunners’ interest.

Mikel Arteta prefers to work with strikers, who are mobile with regular high pressing. Jesus perfectly suits his requirements, having worked under a similar philosophy at City.

With just over 14 months left on his current contract, City are bound to consider his sale this summer. It seems unlikely that he will renew amid the fierce competition for places.

Jesus has barely started in the Premier League in recent months, and things could get tougher for him with Julian Alvarez and potentially Haaland joining the English champions.

A move to Arsenal would be ideal as he could be handed the chance to lead the line in the prime of his career.

Jesus could be available for a knockdown price which should tempt the Gunners. Irrespective of this, the club should have their sights on pursuing another quality striker.

Arsenal have been made to rue for missing quality scoring chances this term. This could yet cost them a Champions League group stage spot for the 2022/23 season.