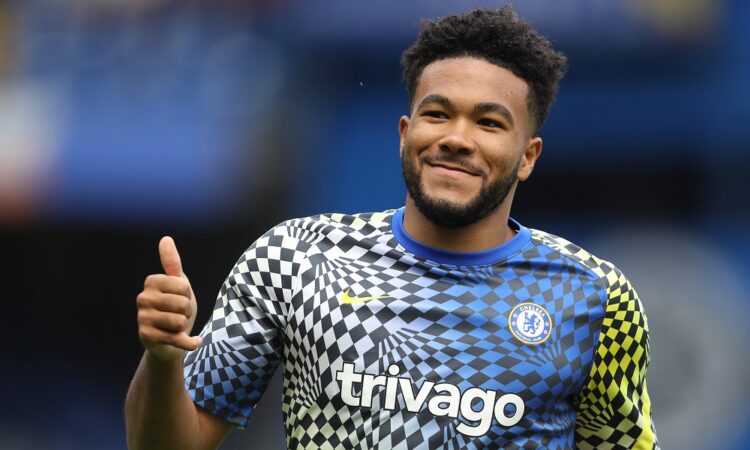 Reece James produced a superb performance for Chelsea during their 1-1 Premier League draw against Manchester United on the road last night.

The England star started in his preferred right wing-back position at Old Trafford, having previously operated on the right side of the back three for a number of games.

He had the better of Alex Telles right from the off, winning regular duels. The Brazilian needed defensive cover from the likes of Marcus Rashford and Cristiano Ronaldo.

Despite the dominance, Chelsea failed to open the scoring. They had to wait until the hour mark to break the deadlock. James played a key part in Marcos Alonso’s goal.

The 22-year-old delivered an accurate cross into the box that was guided into Alonso’s path by Kai Havertz. The Spaniard found the back of the net with a trademark finish.

The joy was shortlived with Cristiano Ronaldo equalising just two minutes later, but James was simply outstanding over the course of 90 minutes for the visitors.

The Chelsea graduate won a stunning 13 of his 15 duels contested. He also managed four tackles, four take-ons, three crosses into the box and was unlucky not to score.

James nearly bagged a stunning winner for Chelsea last night, but his first-time curling effort with his left foot hit the woodwork at the far post. David de Gea was rooted to his spot.

It was another excellent individual performance from James, but he would still be disappointed by the fact that Chelsea were not on the winning side despite the stand-out showing.

Chelsea, however, can take positives from the result. They have not won at Old Trafford since 2013, but the point yesterday means United can’t leapfrog them in the standings.

Meanwhile, they are now six points ahead of fourth-placed Arsenal, and eight in front of Tottenham Hotspur. The club are on the cusp of securing Champions League qualification.