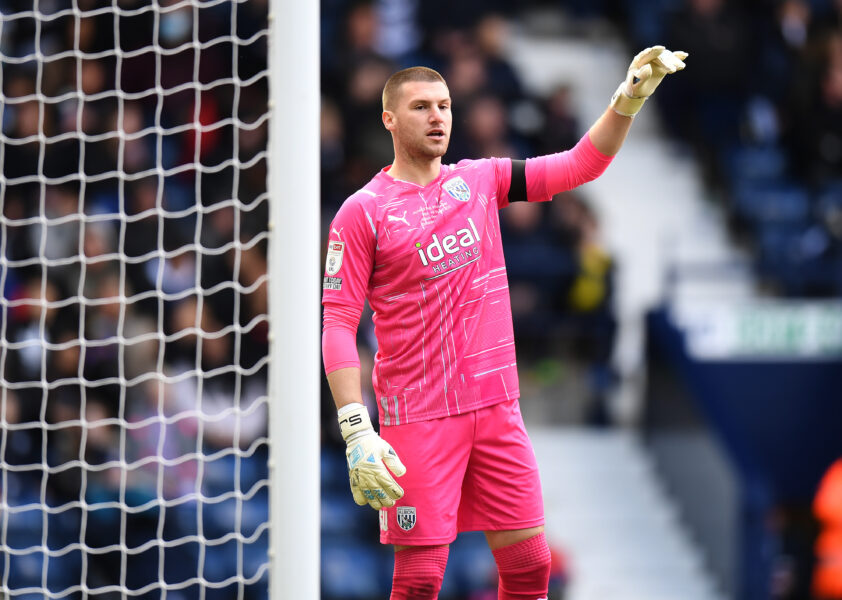 Manchester United have decided against pursuing the services of West Bromwich Albion goalkeeper Sam Johnstone this summer, according to The Mirror.

The England international has been with the Baggies for four seasons, but he has decided to move on when his contract expires at the end of the campaign.

A return to the Premier League has been much talked about but The Mirror reports that the Red Devils are unlikely to make a contract offer for his services.

David de Gea is currently United’s undisputed choice in goal for the Premier League and European games with Dean Henderson being the deputy shot-stopper.

The Red Devils also re-signed Tom Heaton on a free transfer last summer. The club seem unlikely to strengthen their goalkeeping department ahead of next season.

This is set to pave the way for Tottenham Hotspur to sign Johnstone, who could replace Pierluigi Gollini as the back-up goalkeeper behind Hugo Lloris next term.

Spurs have the option of purchasing Gollini from Atalanta after his season-long loan, but are unlikely to do so.

De Gea has been in superb form for United over the course of the campaign. He has made 126 saves from 37 league outings and has been pivotal in picking up points.

Despite this, there continues to remain a debate whether the Spaniard is the right man between the sticks, given he is not the best with his distribution or making high claims.

The 31-year-old tends to prefer to stay on his line which has led to criticism from some fans. New boss Erik ten Hag has a big decision to make on whom to select in goal.

Henderson is better equipped to playing out from the back and it won’t be a surprise if Ten Hag prefers to go with the United graduate as the regular keeper next term.

Meanwhile, Johnstone has been linked with a return to Old Trafford for a while, but a reunion appears unlikely with United having two quality shot-stoppers in their ranks.

Johnstone has had a good goal-saving record for West Brom, but the current season has been a mixed bag. He has been guilty of making at least three errors leading to goals.

United may not regret the prospect of losing him to their Premier League rivals next season.