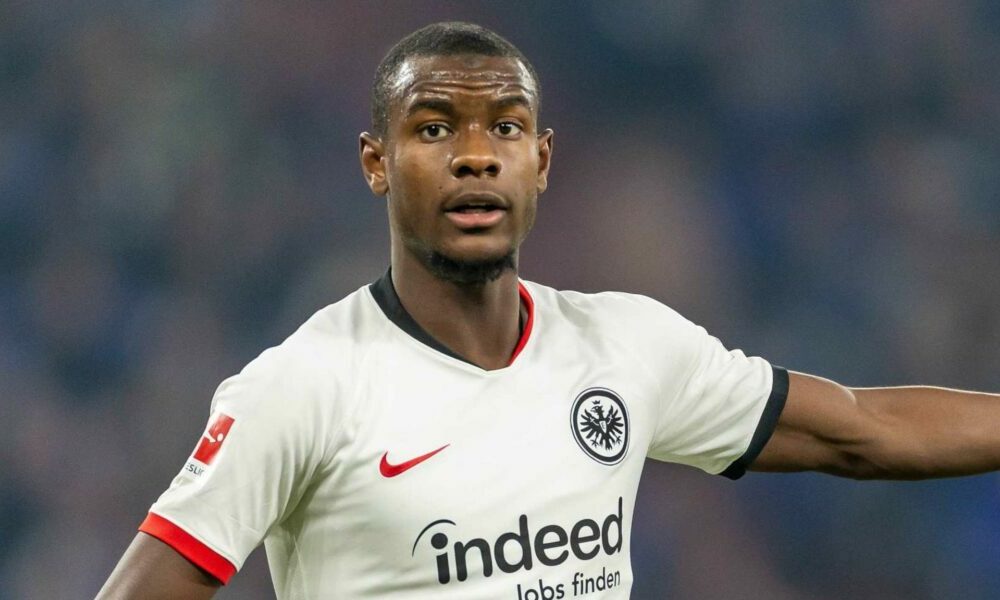 The 22-year-old had a productive 2021/22 campaign with Frankfurt with 44 appearances, the last of those came in the Europa League final triumph over Rangers.

Ahead of the summer, Hawkins reports that the centre-back is ‘very courted’ with Manchester United and Tottenham Hotspur among those tracking him.

Ndicka is still undecided over his future, but he could yet remain with Frankfurt, who are assured of Champions League football next term.

United are likely to bring in a new central defender this summer amid their poor showing this season. They have conceded a staggering 56 goals from 37 league games. Their tally of goals allowed is five more than Burnley, who are placed 17th in the table.

Incoming manager Erik ten Hag may ideally want someone who is good with the ball at his feet, but can also tackle and effectively clear his lines at the back.

Ndicka would be a quality acquisition for Man Utd. He has registered 1.8 tackles and 1.6 interceptions per game this term alongside four clearances. He has also won over three aerial duels on average.

Distribution wise, he has completed 84 per cent of his passes. His statistics are quite impressive, considering Frankfurt only finished 11th in the Bundesliga.

At 22, he has plenty of room for development. Him being left-footed could be another prime reason behind the Red Devils’ reported interest in signing him.

United were keen on pursuing a left-footed central defender last summer, but eventually changed their minds when they got the chance to land Raphael Varane.

It won’t be a surprise if the plan has been revived. Villarreal’s Pau Torres and Sporting’s Goncalo Inacio have already been linked. Ndicka may also be under consideration.

Comparing the trio, Ndicka appears the best suited for the Premier League with his stronger physical and aerial presence. He is valued at £25.2 million by Transfermarkt.