Here’s a good look at some of the teams to keep an eye on before the World Cup kicks off in Qatar later in 2022 including England and Germany: 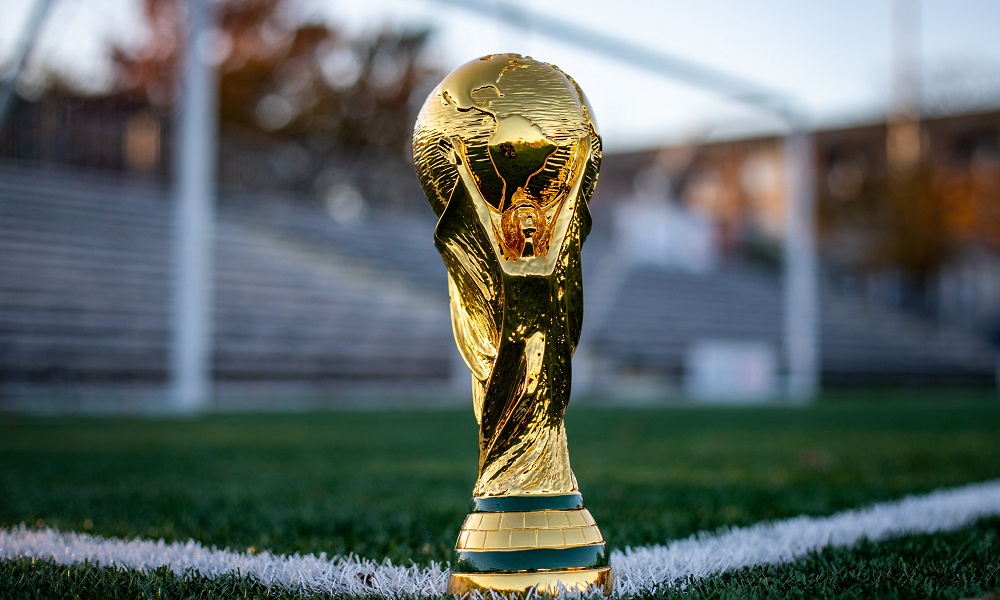 Photo by Rhett Lewis on Unsplash

The 2022 FIFA World Cup held in Qatar is gearing up to be one of the most anticipated sports events of the year. It’s the first time an Arab nation will host the World Cup and the second World cup held in Asia, Korea-Japan 2002 being the first. Also, the competition will run from November 21 to December 18 as opposed to the June-July schedule football fans have been accustomed to over the years.

The World Cup is football’s most prestigious competition and is the most viewed and followed sporting event worldwide. This year’s edition will be the last to feature 32 teams as FIFA announced plans to increase the number of participants to 48 by 2026.

Qatar 2022 promises to be one of the most unpredictable World Cup competitions in recent memory. As it stands, there are no clear-cut favourites to win the trophy.

When it comes to playing football at the highest stage, there are no certainties. Any of the big names could be in for a major upset, as we saw during the Euro qualifiers playoffs where Euro 2022 winners got knocked out by North Macedonia.

Of course, European heavyweights like 2018 winners France and 2014 winners Germany, and South American powerhouses Brazil and Argentina are always expected to make deep runs in the tournament. But we’ve seen time and time again that this isn’t always guaranteed.

The World Cup will host an array of other fiercely competitive teams like Europe’s Portugal, Spain, England, and Belgium who have the talents to go all the way. However, South America, a continent that has had to endure a 20-year drought without a world championship, will be expected to give these teams a run for their money. Africa’s strongest teams will also be hoping to go further than the quarterfinals for the first time.

Here’s a good look at some of the teams to keep an eye on before the World Cup kicks off:

On October 11, 2021, the Germans became the first team to secure a spot in Qatar 2022 (Qatar automatically qualified as the host nation). Germany clinched the top spot with a win over North Macedonia, avenging their loss back in March 2021 – the first time the Germans lost a World Cup qualifier since 2001.

The 2014 Winners have had their fair share of disappointments since they triumphed over Chile at the 2017 Confederations Cup in Russia. The Germans fell victim to the “World Cup curse” as they exited Russia in 2018 embarrassingly, finishing last in a group that had Sweden, Mexico and South Korea. Their poor form followed them into Euro 2020, exiting the competition after a loss to England in the Round of 16.

Joachim Low stepped down as Head Coach and was replaced by Hansi Flick in June of 2021, and the Germans have been on a run since then and are currently unbeaten in 11 games under Flick.

Germany boasts a formidable squad with young players like Leroy Sané, Kai Havertz, and Florian Wiltz. Flick can also count on the experience of veterans like Manuel Neuer and Thomas Muller, and star players İlkay Gündoğan, Sane, Antonio Rüdiger, and Joshua Kimmich. The four-time world champions have a point to prove at Qatar 2022 and have all it takes to make it to the finals.

Wearing yellow and blue comes with a lot of pressure. Five-time winners Brazil are the most successful team at the World Cup and will be hoping to win the trophy for the first time since defeating Germany in 2002.

The Brazilians are on a run and have only lost two games since September 2019. Both losses came against their old South American rivals Argentina, last year’s Copa America loss on home soil being the most notable.

Brazil exited the 2018 World Cup after losing to Belgium. This made it four consecutive World Cup exits against a European team. And although they are currently enjoying a stretch of good form, most of their wins have come against fellow South Americans.

The Czech Republic remains Brazil’s only test against a European team since the last World Cup, a game which ended 3-1 in favour of the Selecao. As a result, it is yet to be seen whether or not they can beat Europe’s best teams on the grandest of stages.

Nevertheless, Brazil boasts amazing talents. Tite can bank on two world-class goalkeepers in Allison and Ederson, both starters for Liverpool and Manchester City, respectively. Their defence line includes PSG captain Marquinhos and Eder Militao. Brazil also has the ever-reliable Casemiro and Fabinho in midfield and boasts an array of offensive talents in Neymar, Phillipe Coutinho, and Vinicius Jr.

Judging by squad depth alone, it will take a lot of tactical effort, possibly a miracle, for any team to beat the defending champions. Their squad is by far the best on paper. But as we’ve seen one too many times, in football, the best teams don’t always win.

France got a glimpse of this reality at the Euro 2020 tournament Round of 16 matchups against Switzerland which they lost on penalty shootouts. Didier Deschamps’ team have, however, jacked back to life since that defeat, winning the Nations League against Spain late last year.

The French currently boasts a better squad than the World Cup-winning team. We’ve seen players like Theo Hernandez, Jules Kounde, and Christopher Nkunku make their Le debut after Russia 2018 to add to an already stacked-up team. Also, let’s not forget that Kareem Benzema, who is playing in the best form of his already elite career, was absent from the squad. Adding these pieces to some of the biggest stars in Kylian Mbappe, Antoine Griezmann, N’Golo Kante, and Paul Pogba looks scary.

France will be hoping to break the World Cup curse that has seen the previous four winners suffer early exits the following tournament. Also, no country has won back-to-back World Cups since Brazil did it in 1962.

Stay up-to-date with the latest sports odds on FanDuel Sportsbook.

The Belgians have been picked as one of the top favourites to win the last two world cups, but have yet to taste World Cup glory despite being the No. 1 ranked team for prolonged periods.

Many of Belgium’s golden generation of players are currently in their 30s which means Qatar 2022 could be their last chance to clinch a World Cup title. But a squad that boasts Kevin De Bruyne, Axel Witsel, Eden Hazard, Jan Vertonghen and Toby Alderweireld can cause any of the big teams many problems. Although Romelu Lukaku may have struggled in his return to Stamford Bridge, he has proven to be a proficient scorer on the international stage with 68 goals in 102 caps for the Red Devils.

For the Brits, talent has never been the issue when it comes down to it, but unfortunately, a team needs more than sheer talent to win it all. You need to put up a stellar display on the grandest of stages and when it matters the most, something the Three Lions have failed to do time and time again.

Over the past few decades and before Gareth Southgate’s appointment, England had failed to live up to the hype and have performed way below expectations. But Southgate has been able to build a team that has made deep runs in their last two international competitions.

England was outmatched by Croatia in the semi-finals of Russia 2018 and was inches away from winning Euro 2020 last year, falling short in penalty shootouts to Italy. But the national team has been making considerable progress and could bring it home at Qatar 2022.

Can England finally get it together in the big moments? Maybe. But they’re going into Qatar as one of the favourites to at least make a deep run in the competition and probably win it all.

Argentina will be hoping to win their first World Cup since 1986 after coming short on several occasions. The Argentines have had their fair share of disappointments in international competitions during this span, most notably a series of three consecutive finals losses between 2014 and 2016. Argentina was one game shy of World Cup glory in Brazil in 2014 but lost to Germany at extra time. However, that’s all in the past now and the Argentines look like a team that is prepared to end their World Cup wait.

No doubt, a team that has Lionel Messi, arguably the greatest player of all time, will always be considered a threat. And if we’ve learned anything from the just concluded Finalissma, it is the fact that Argentina now has the right pieces to defeat any team at the World Cup.

Look no further than their current run of form. The Albicelestes are yet to lose a game since their defeat to Brazil at the 2019 Copa America. Since then, the team has gone on to win the 2021 Copa America, defeating their arch-rivals, and Finalissma, beating Euro 2020 winners Italy by three goals to nothing.

Messi appears to be happy playing for the blue and white since he led them to their first international title in 28 years, and although he hasn’t replicated the same form for his new club, Leo has remained phenomenal for the Albicelestes. His domineering displays last week proved to us that he still has it all in his bag.

In addition to Messi, Lionel Scaloni can bank on the services of Emiliano Martinez who is yet to lose an international game as the starting goalkeeper, Angel Di Maria, Nicolás González, Paulo Dybala, Rodrigo De Paul, Joaquín Correa, Lautaro Martinez, Nicolás Tagliafico, Giovani Lo Celso, and Nicolás Otamendi. This list of talented players and the team spirit could spell trouble for their opponents.

Portugal had to sweat to secure a spot at the FIFA World Cup; a scary one for the Fernando Santos’ team who had to beat North Macedonia in the playoffs.

Now that World Cup qualification is behind them, the 8th highest ranked national football team have their eyes set on the big gold trophy in Qatar as they hope to win the World Cup for the first time in their history. Their most successful effort was in England in 1966 where they had to settle for the bronze medal.

The Euro 2016 winners had to depend almost solely on Cristiano Ronaldo’s brilliance over the years, but that isn’t the case anymore. Portugal now has the best legs to field in all positions. Ruben Dias and Joao Cancelo are elite defenders and play together at Manchester City, Diogo Dalot, Pepe, and Nuno Mendes while Ruben Neves and Renato Sanches will run the midfield. Portugal can also bank on some of the best-attacking players on the planet, like Bruno Fernandes, Bernardo Silva, Diogo Jota and of course Ronaldo.

For a 37-year-old Ronaldo, this might be his last shot at winning the World Cup.

Spain’s years of dominance may be long gone, however, they remain one of the teams to avoid at the World Cup. The 2010 World Champions almost made it to the Euro 2020 final but lost in penalty shoot-outs to Italy.

Spain’s major headache is a lack of attacking firepower; the national team hasn’t had a consistent and reliable goal scorer since David Villa. Nevertheless, they still have the potential to make a deep run with their current roster. La Roja might not be considered heavy favourites to win at Qatar, but they are a team to watch closely.