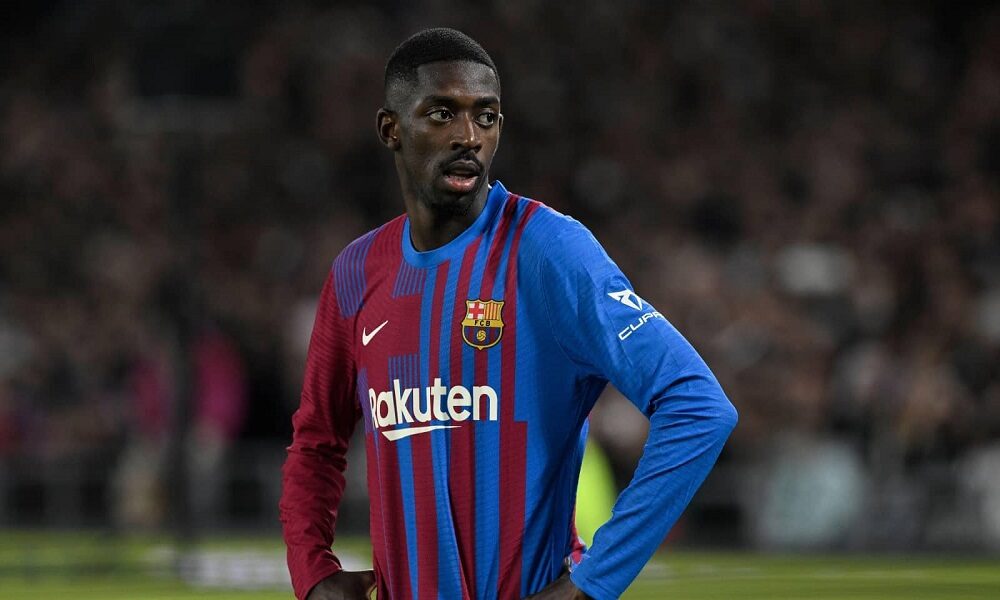 The Blues are looking to bolster their attacking department ahead of next season, and it appears Raheem Sterling and Dembele are the prime transfer targets for manager Thomas Tuchel.

Chelsea are already in talks with Manchester City for Sterling, but Sport report that this won’t in any way hamper their pursuit of Dembele. Tuchel sees Sterling as a potential number nine.

Meanwhile, Dembele’s current deal with Barcelona expires on June 30. Chelsea are prepared to wait patiently knowing that they would be favourites to sign him if Barcelona can’t extend his stay.

Dembele previously played under Tuchel for one season at Borussia Dortmund. The German has since spoken fondly about him. He praised him as an ‘incredible‘ player when he was managing PSG.

Hence, there are no surprises that Tuchel is eyeing a reunion at Stamford Bridge. Dembele has had his injury troubles, but has been a quality performer when he has played an extended run of games.

The 25-year-old missed the first four months of the previous campaign with a knee injury, but still impressed in the Spanish top-flight with one goal and 13 assists from 21 appearances.

There is always a risk associated with Dembele with his injury record, but the chance of landing him on a free transfer could be too good to refuse for the west London giants this summer.

Dembele will of course demand a significant signing-on fee and high wages. The salary could be compensated with Romelu Lukaku set to return to Inter Milan on a season-long loan deal.

The Belgium international has agreed a pay-cut to rejoin the Nerazzurri. Chelsea will save his entire wages of £325,000-a-week. There could be more departures. Hakim Ziyech is on AC Milan’s radar.