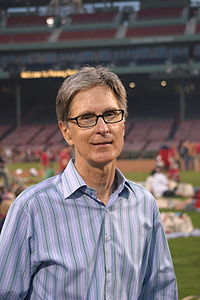 After Liverpool’s morale-boosting win v Sunderland on Sunday, new Liverpool owner John W Henry has commented on the saga over giving Kenny Dalglish a permanent contract at the club.

“What’s going on in that regard is private,” Henry insisted after watching as goals by Dirk Kuyt and Luis Suarez sealed the win.

“It’s something called the Liverpool way and you do these things behind closed doors. I’m not going to talk about these things, but he’s done very well.”

It appears that the scotsman has done enough to curry favour with the new owners to gain a permanant contract with the club he cherishes so dearly.

Well done Kenny, you deserve it. Keep going as you are and we may well finish 4th this season, unthinkable under Hodgson.