Manchester United have officially announced the arrival of Lisandro Martinez from Ajax on a five-year contract in a deal worth up to £55.3m. 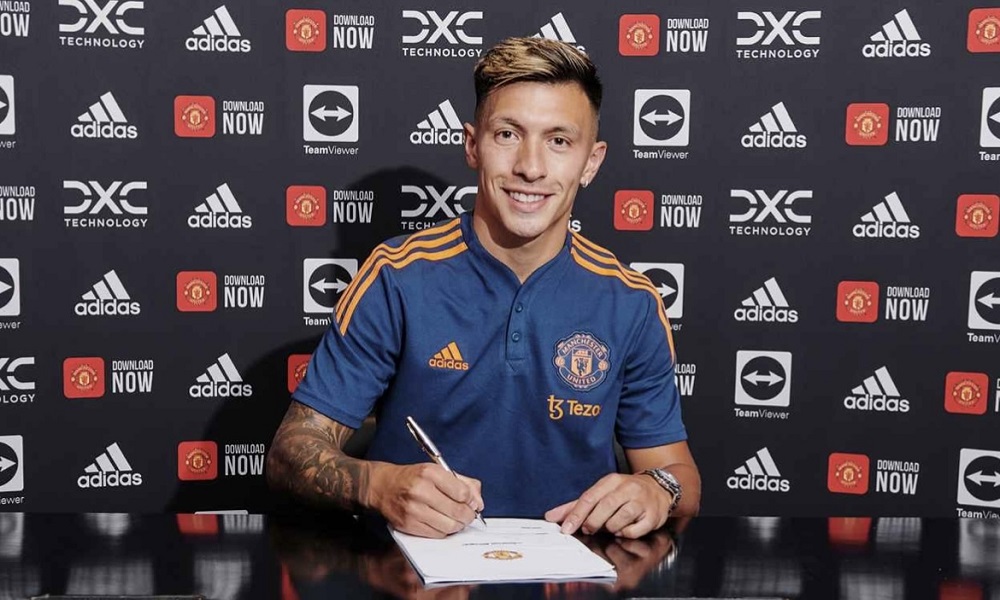 Manchester United have officially announced the arrival of Lisandro Martinez from Ajax on a five-year contract.

New United boss Erik ten Hag has been in the market for a new centre-back this summer as he looks to strengthen the squad he inherited from Ralf Rangnick.

It was announced earlier this month that an agreement was in place between the two clubs with the Independent reporting that Manchester United have paid an initial £46.8m. A further £8.5m is due in add-ons meaning the entire deal may reach £55.3m.

Martinez arrived in the UK on Tuesday to finalise his move and after completing his medical, the 24-year-old has now finally completed his transfer to Old Trafford.

United confirmed on ManUtd.com today that Martinez has joined the club from Ajax on a five-year contract with the option to extend the deal for a further year.

After completing his move, Martinez told the clubs official website that he’s honoured to be at such a ‘great’ club and is determined to be part of a successful team at Manchester United:

“It’s an honour to join this great football club. I’ve worked so hard to get to this moment and, now that I’m here, I’m going to push myself even further.

“I’ve been lucky enough to be part of successful teams in my career and that’s what I want to continue at Manchester United. There will be a lot of work to get to that moment, but I firmly believe that, under this manager and coaches, and together with my new team-mates, we can do it.

“I want to thank Ajax and their fans for all the support they gave me. I had an unbelievable time there but feel the moment is right to test myself in another environment. Now I am at the perfect club to do this.”

Martinez is reunited with ten Hag having played under him for three years at Ajax where they won two Eredivisie title’s together. He’s also won the 2021 Copa America with Argentina so he brings plenty of experience with him to Old Trafford.

The South American is predominantly a central defender so is expected to compete with the likes of Harry Maguire, Victor Lindelof and Raphael Varane for a starting spot next season.

However, Martinez is also comfortable playing at left-back or even in the middle of the park so he’ll give ten Hag options in defence and midfield.

Martinez has been posing in his new Man Utd kit after becoming the clubs third major signing of the summer following the arrivals of Tyrell Malacia and Christian Eriksen.