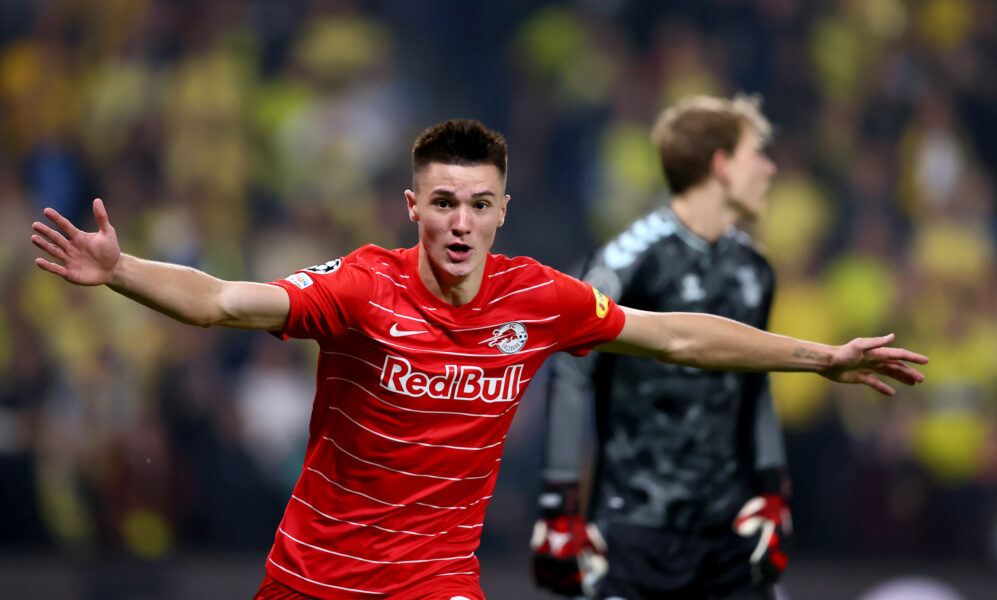 The Red Devils have made three signings this summer in the form of Tyrell Malacia, Christian Eriksen and Lisandro Martinez.

Eriksen will provide more creativity from midfield for United, but it appears they are also planning to sign a new striker with Cristiano Ronaldo’s future still uncertain.

Manchester Evening News claim that Murtough met up with Sesko’s representative Elvis Basanovic last week to gauge the possibility of a transfer this summer.

United are on the look out for attacking reinforcements, and the report suggests that they would prefer to sign two new forwards before the transfer deadline.

Sesko had an impressive breakout campaign with Salzburg last term, bagging 10 goals and seven assists from 36 outings. He has carried over the good form in the current season.

He has two goals and an assist from two appearances, and recently put on a show against Liverpool in a friendly. The 19-year-old showed exceptional dribbling skills and bagged the winner in a 1-0 win.

Hence, there are no surprises that he is attracting interest from United. The Red Devils landed Anthony Martial for an overall £54m package seven years ago, and could be eyeing a similar repeat with Sesko.

Martial has not quite progressed into a world beater over the years, but Sesko may have the right platform under manager Erik ten Hag, who has a huge reputation of grooming youngsters into elite performers.

Sesko has plenty of attributes that would excite the Dutchman. He has a strong aerial presence with his height (194cm) while he is also quick and can get himself out of tight situations with clever trickery.

United will need to make a huge outlay of £55 million for him, but it could be worthwhile if Ten Hag believes in his ability and is prepared to assure him with regular game time to realise his full potential.