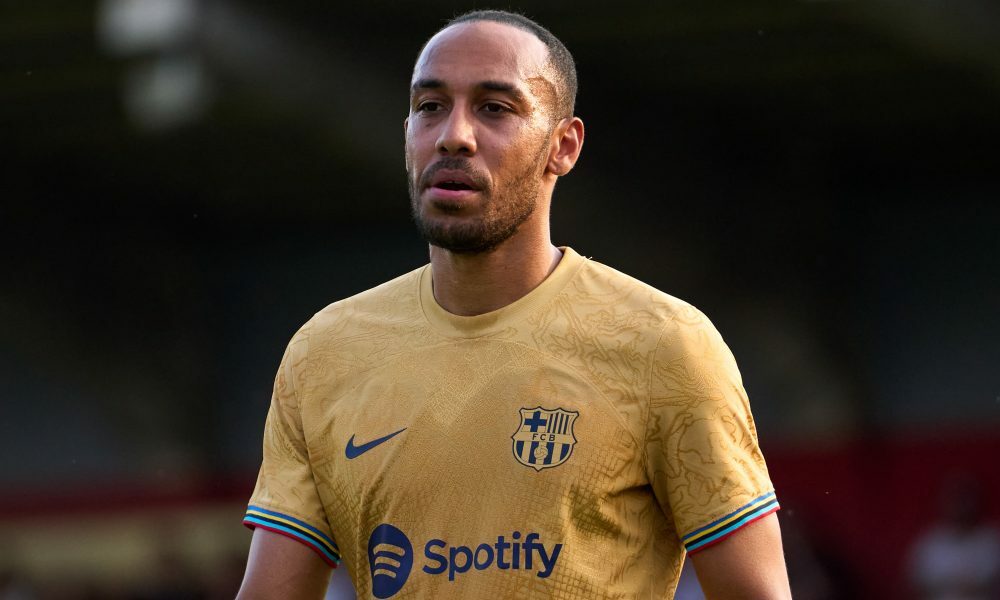 The Blues have been busy in the transfer window over the past month with the signings of Raheem Sterling, Kalidou Koulibaly, Gabriel Slonina, Carney Chukwuemeka and Marc Cucurella.

The spending spree is likely to continue with interest in the likes of Frenkie de Jong and Wesley Fofana, but it appears Tuchel is also keen on landing a new specialist centre-forward.

According to Plettenberg, the German tactician is eyeing a reunion with Aubameyang. It is added that he only wants ‘world-class’ players in his squad and has demanded the same internally.

Despite his preference, it seems Barcelona are unlikely to part ways with Aubameyang. They view him as a top back-up to Robert Lewandowski and Memphis Depay could leave instead.

Aubameyang was a key player under Tuchel at Borussia Dortmund before he made the switch to Arsenal. The Gabon star was an important figure at the Gunners until his final season.

A return to the Premier League could be a tempting prospect for the 33-year-old, considering the arrival of Lewandowski would see him drop down the pecking order at Barcelona.

The 68-cap international was signed in January with the assurance of leading the line, but could now find himself regularly on the bench with an occasional appearance from the starting line-up.

Despite this, the Blaugrana are determined to keep him this term, and it could take a healthy transfer fee to persuade the Catalan giants to sanction his departure in the coming weeks.

As things stand, the Spanish outfit can’t register any of their players despite a third economic lever being activated. A fourth one seems on the way in order to secure more funds.

They would also require to make a few high-profile sales for the smooth running of the club going forward and Chelsea will be hopeful of prising away both De Jong and Aubameyang.