The end of the Premier League season has come, and the next thing to look forward to is the summer, and the summer transfer window. Some love it, some hate it, but this year, Arsenal will be in it – according to their manager, and this time, a certain… 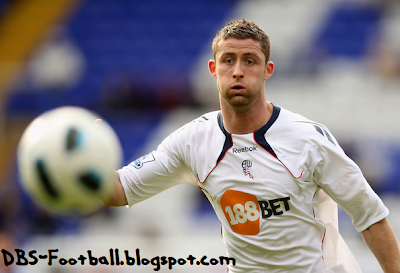 The end of the Premier League season has come, and the next thing to look forward to is the summer, and the summer transfer window. Some love it, some hate it, but this year, Arsenal will be in it – according to their manager, and this time, a certain Gary Cahill may be on his way to Arsenal.

Arsenal finished the season in fourth place. A Champions League place is not guaranteed, as they were pipped at the last by a determined Manchester City, but a look at the statistics show why Arsenal lay miserably in fourth place. Wenger’s side conceded 43 goals this season in the League – the most conceded than anyone else in the top four. While they scored the second most, behind only the Champions in the goals for category, that defence remains an issue, and one which Wenger will be keen to address.

After the draw against Fulham on Sunday, Wenger said:

So Arsenal will be in the market – there is the confirmation. Meanwhile, over in Bolton, and the manager Owen Coyle, when questioned as to whether it will be a battle to keep Gary Cahill at the Reebok in the summer said:

“It’s not a task as such because if somebody comes in and its good business for the football club then it’s something we have to look at.”

“Wherever I’ve been I’ve never worried about that because if somebody comes in and it’s the right fee or its good business. Ultimately you have to be fair with the player as well.”

“What I do know if that is the case then we have to make sure that we’ve got targets lined up that can come in, replace whoever it is and look to take the club on and improve it.”

So there, confirmation that if a bid was to come in for the player, Coyle would not step in the way of a move. He respects his players’ ambition for better things, especially when they have the quality like Cahill. The only thing left now is the player – would he want to move clubs? He said this back in April:

“It’s a bit weird in a way. Normally when there is transfer speculation, the manager comes out and says, ‘They can forget it – he’s going nowhere’.”

“But the thing about our manager is he’s not only ambitious for himself and his club, he’s ambitious for his players. He wants them to have the same drive and desire to get to the top. He expects us all to want to better ourselves.”

“So when all the speculation started last summer, he called me in for a chat. He checked first of all that it hadn’t turned my head, then he came out with this statement about outgrowing the club one day.”

“He just said, ‘Gaz, if you were happy just to tick along at your age there would be something wrong. You’ve got it in you to play at Champions League  level and I honestly believe it’s going to happen for you’.”

“It was lovely to hear that, really flattering, and what he said has made it easier for me to contemplate moving on and taking another step forward in my career. If there is an opportunity to do something big you want to take it.”

So there you go – Arsenal need someone like him, he needs a club like them, it seems the perfect match, and considering what Wenger recently said about English players, he may be hinting at a move for the English centre back:

“I like English players. They are good, but I have said the inflation for them is always very high.”