Poor Finish But Time For Owners To Deliver

A frustrating end to a topsy-turvy season with a disappointing defeat to mid-table Aston Villa.Liverpool went into the game aiming to qualify for Europe and to finish the Season on a high, but that just did not happen.Kenny Dalglish sent out his team w… 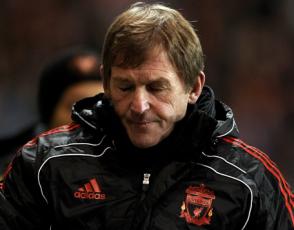 A frustrating end to a topsy-turvy season with a disappointing defeat to mid-table Aston Villa. Liverpool went into the game aiming to qualify for Europe and to finish the Season on a high, but that just did not happen.

Kenny Dalglish sent out his team without Andy Carroll, Maxi and Glen Johnson, who all cried off with various injuries and it showed in the performance on the pitch.

Liverpool started well enough without really penetrating the Villa defence and when young Jay Spearing went off with an ankle injury to be replaced by 19 year old Johnjo Shelvey, we lost our shape and bite in midfield.

Stewart Downing scored for Villa in their only attack off the first-half when he smashed home a thunderous drive from a Mark Albrighton cross to leave it 1-0 to the home team at half time.

Liverpool played better in the second-half with sometimes good passing and threatened Brad Friedel on a few occasions. Suarez was lively as usual, Miereles threatened at times and there was some good efforts by the away team, but it was a second defeat in a row for Liverpool, who finished 6th, one place better than last season.

However, under three different Managers in Rafa Benitez, Roy Hodgson and now Kenny Dalglish, Liverpool have fallen short. It is plainly obvious that a major overhaul of the team and squad is needed to challenge for trophies.
We lack quality in midfield, on the wings and maybe upfront too.

Lots of names have been mentioned: Marveaux, Hazard, M’Villa, Long, Diego etc. As long as we buy some quality players for the whole team from back to front,

I will be happy enough that we will challenge for the top honours next season. There is no doubt that we have the right Manager and coach in Dalglish and Clarke, now it is time for Fenway Sports Group to deliver.