Downing Will Leave Villa For Arsenal or Liverpool

Stewart Downing, the Aston Villa left winger will leave the club this summer. He has not explicitly said so in public as yet, but has rather dropped a major hint that he will look for a new club soon by saying that he will not be signing a new contrac… 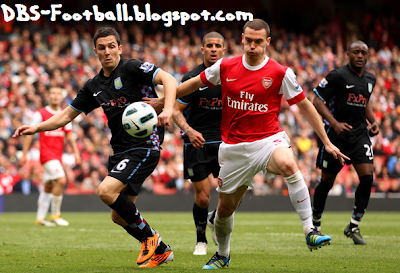 Stewart Downing, the Aston Villa left winger will leave the club this summer. He has not explicitly said so in public as yet, but has rather dropped a major hint that he will look for a new club soon by saying that he will not be signing a new contract at Aston Villa at the moment because he is at a “major crossroad” in his career.

My sources, whom I believe to be very much in the know, say that in private, he is looking for the exit door this summer, and that Arsenal and Liverpool are interested in signing him – particularly the latter. Kenny Dalglish is a big fan of the England international, and the Liverpool manager apparently got in contact with Downing a few weeks ago. Downing said:

“Martin O’Neill, left and that was strange. He was one of the main reasons why I went to Villa. It was difficult when he left, everything changed. It took some getting used to, but credit to the new manager (Gerard Houllier) he led the team through a very good run in the end and I have enjoyed being such a big part of the team.”

“I know the club are keen for me to extend my contract as I only have two years left on my deal and that my agent (Struan Marshall) had a recent meeting with our chief executive (Paul Faulkner). However, I am 26 and at a major crossroads in my career so I won’t be committing to a new deal at the moment.”

However, a major factor that may swing in Arsenal’s direction is Downing’s desire to play Champions League football. The 26 year-old added: “The most important thing is to play football, but I do want to play in the Champions League at some point.”

While Liverpool have failed to even reach the Europa League, Arsenal have secured a qualifying place in the Champions League, and this is a qualifying place which they surely must be favourites to progress through. If Downing wants immediate Champions League football, then Arsenal would be his choice between the two clubs. But, with Liverpool’s new manager and new signings, he could either join immediately and help them to a Champions League spot next season, or ride out another year of his 2 year Aston Villa contract and join Liverpool next summer.

In other transfer news, Liverpool are close to signing Wigan’s James McCarthy for £10 million while Arsenal’s Gael Clichy looks set to leave on the cheap due to his expiring contract in a £5 million deal to Bayern Munich. Arsenal are also once interested in signing long term target Chris Samba for £10 million from Blackburn.