A Growing Disillusionment With The Transfer Window

It’s only been a few weeks since the summer transfer window opened, and already there have enough rumours and football gossip to last a couple of hundred life-times and more. Every day, football fans are bombarded with them. After all, what else is… 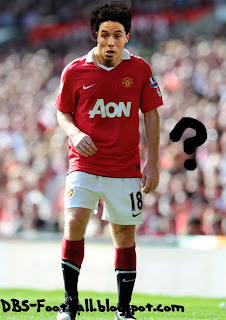 It’s only been a few weeks since the summer transfer window opened, and already there have been enough rumours and football gossip to last a couple of hundred life-times and more.

Every day, football fans are bombarded with them. After all, what else is there to write about and report when the football season is over? The England Under 21’s? Sure, but it’s just a little depressing reading about the future of our footballing nation once again flailing miserably by the wayside while our international rivals rise above us again and again, leaving us with nothing but a disgusting but familiar taste of disappointment and discontent in our mouths.

A far more uplifting and interesting read for many (it is thought) is to see your side linked to the top players in the world, or at least better players than you already have. It’s always encouraging and promising to see your side build for the future, preparing to challenge for a trophy or two and of course, to overcome your local rivals. So transfer rumours have become the antidote for that emptiness we feel when we are without football.

Open the back page of your daily tabloid and they’ll come swarming at you like angry wasps, determined to sink their sharp, poisonous stinger into your skin, a skin so easily penetrated and a mind so easily poisoned, that many of these wasp-like transfer rumours are believed by the masses.

What may start off as a rumour, grows rapidly, quickly and convincingly, into a few thousand columns of printed news in the papers, on websites, on blogs like this one, and on everybody’s eager and excited lips. There is a buzz. But not the buzz of the wasps, no, because you’ve already been poisoned by the bug, this buzz is a buzz of excitement.

Will Nasri join Manchester United from arch rivals Arsenal? Could it possibly happen? Will Samba leave Blackburn for Arsenal? And what about City? They have bundles of money, who are they going to spend it on? Sanchez? Messi? Will Inter sell Sneijder? Will Roman Abramovich appoint himself Chelsea manager? Will Arsene Wenger invest some money in the Arsenal team? Will Liverpool attempt to buy every Englishman under 21?

What do you do when you hear a rumour? Well, what can you do? You can only either dismiss it as absolute nonsense, not worthy of a seconds thought, or you can spread it to the masses, shout the rumours from the metaphorical roof-tops of social networking sites such as Twitter, and get as many people poisoned by the rumours as possible.

Statistically speaking, the NOTW produce on average around 6 rumours per day, with the success rate a lowly 13.9%. Meanwhile, the most successful in predicting the transfers is the Daily Record followed by The Guardian, who have a success rate of 32.9% and 32.7% respectively.

Of course, newspapers which report the news and websites which are often solely created to circulate transfer rumours are bound to get a certain amount of them wrong – we can’t all be right all the time. It is, after all their job to report any possible activity on the transfer front, with many claiming insider knowledge (which many people, especially on Twitter seem to despise), when it comes to transfers. However, very often people add two with two and get seven.

The fact is, one rumour can create a domino effect of other rumours, some believable, some completely unbelievable. For example, Manchester United are looking for a new central midfielder to replace Paul Scholes, and this story has led to dozens of rumours which the majority will most certainly turn out to be untrue.

First it was Arsenal’s Samir Nasri. He hadn’t committed his future to Arsenal, and didn’t answer a straight question when asked about United.

Then it was Sneijder – a very possible transfer move, only fuelled by rumours of how much he would cost and whether he wanted to stay, or if Inter were willing to let him go.

Then there is Diarra of Real Madrid “reportedly” told that he will be nothing but a squad player for Real Madrid next season – he is looking for an escape route.

Then there was Pato Rodriguez, whose father had spread rumours of United’s interest.

Then there is Javeir Pastore, another “United target”.

Finally, (perhaps) there is Modric, who happens to not want to play for Tottenham any more, is looking for European football, and is currently owned by the club who sold United their last big name signing, who has recently said he won’t be signing an extension to his United contract and could possibly be used as a make-weight for a Modric transfer.

All rumours. Manchester United will not sign every one of those players, and that is a fact. Are Manchester United interested in all of these players? Maybe, but who knows? It’s all speculation, which once again supports the point that rumours lead to more rumours which lead to more speculation. This leads to built up hopes and in the end, a huge disappointment when no deal happens.

The transfer window can be fun and exciting, and it is a time for deals, yes, but speculation, deliberation and lies as well. It leaves people dissatisfied and frustrated, wishing they hadn’t bought into those rumours as much as they had, and wondering why we believe them in the first place. It seems obvious, but unless there are quotes to back a story up, lets be cautious to believe it, and we will be far less frustrated by the constant influx of transfer rumours everywhere we look.