So Andre villas-boas is the blues new manager!Instead of going on about what everyone already knw (release clause; chelsea hiring him; him leaving Porto and etc) let’s focus on what really matters. Andre villas-boas might actually be the one for Chelse… 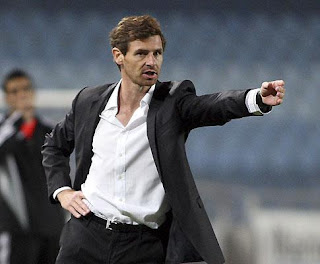 So Andre villas-boas is the blues new manager! Instead of going on about what everyone already knows (release clause; chelsea hiring him; him leaving Porto and etc) let’s focus on what really matters. Andre villas-boas might actually be the one for Chelsea FC judging from his strategical point of view and coaching style. Andre villas-boas swears by his philosophy which is Attack, attack, attack and attack some more! In his master plan of things, his strikers are ‘the real protagonists”. A fact which he insist upon. He also insists upon playing an intense pressing game.

What else can we expect?? Discipline to be restored. Andre was quoted saying: “If a midfielder does not fight for me, he does not have a place in the team.” Maybe this season , things will change at Chelsea.

Andre villas boas is also obsessed with his tactics! He holds special 30 minute tactical teach-ins the day after every match to ensure the players have the tactics drilled into their heads.  Chelsea might be signing more foreign players since Porto had 17 south americans in it and only 6 homegrown players.

Last but not least, the portugese boss is no Mourinho when it comes to one-on-one interviews. His reason for being camera shy?

” For me, the coach is not the star but simply a person to exploit the best qualities of the players.” Judging from the above, I think Andre villa-boas could be a serious and deadly threat to defending champions, Man Utd. Different type of playing style and tactics among the titans could make the 2011/2012 BPL season even more exciting than its ever been….. and maybe Sir Alex has a few new tricks up his sleeves , tactically speaking …….

Here’s a video of Andre Villa-boas first interview for Chelsea.

Submitted by The Football Rookie