For Chelsea its back to the fight for a top four finish in the Premier League, after being knocked out of the FA Cup by Manchester City. Chelsea lost 2-1 at Wembley but were undone by some harsh decisions by the referee. A poor first half was overshadowed by a spirited fightback in the second, but we couldn’t find the equaliser and we need to move on now.

Chelsea are currently 4th in the EPL table, two points behind Arsenal and level with Tottenham but Arsenal have played 2 extra games and Tottenham have played a game extra compared to the Blues. Fulham on the other hand are sitting in 10th position and have achieved the magical 40 points mark which will keep them safe from relegation battle.

Over the years both teams have played some fierce West London Derby’s but Chelsea have not lost in last 14 matches against Fulham in all competitions. Chelsea would very much like to keep this record going tonight because we need the points more than Fulham!

With very little left to play for, Martin Jol’s men would be forgiven for taking it easy tonight, whereas Chelsea are fighting for Champions league qualification. But HOLD ON, its a DERBY game; so Fulham fans would definitely want a win irrespective of their current Premier league status.

As for Chelsea, we cannot lose heart after the FA Cup exit. Given the fixture pile-up we’ve had to deal with we’ve still had a good run and even in the match against City we played some good football. We’re still very much involved in the Europa League and no doubt Rafa will be going all-out to securing some silverware this season. 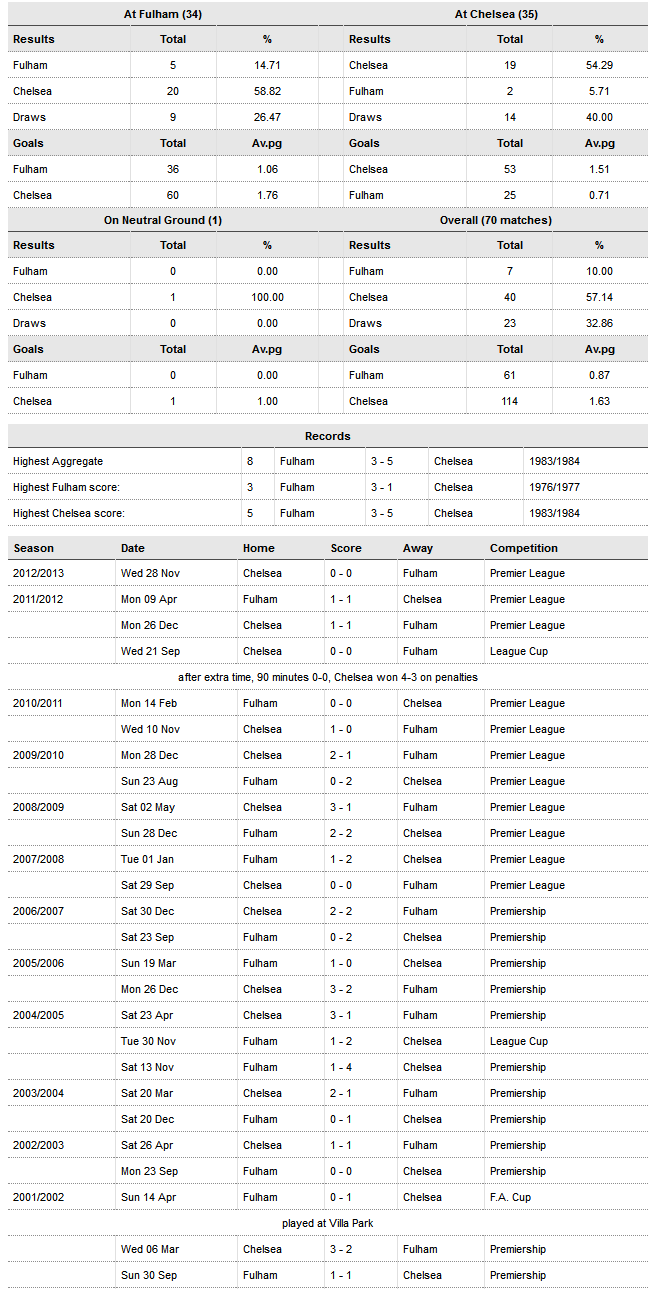 Chelsea again will be without the services of Ashley Cole (hamstring) and Gary Cahill (knee), but both are nearing to fitness. Marko Marin is nursing a thigh injury but its nothing serious. Frank Lampard and John Terry – who were on the bench for the FA Cup Semi Final – should return to the starting line-up for this game. Oriol Romeu is the long-term absentee due to injury.

The game against Chelsea could come a little too early for ex-Chelsea midfielder Damien Duff who sustained a groin injury in the last game against Aston Villa. Another ex-Chelsea player Steve Sidwell serves the last game of his three-match suspension and most probably would be deputized by Kieran Richardson. Mahamadou Diarra, and Ashkan Dejagah will also be out with injury.

With the weekend clash against Liverpool in back of his mind, Benitez might be tempted to rest the likes of Juan Mata and Eden Hazard for this game. 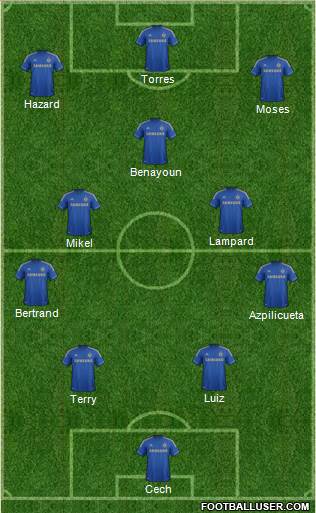