Manchester United are in Germany to take on Bayer Leverkusen on Wednesday night. Here’s a preview with team news and predicted score and line-ups for the game.

Manchester United are in Germany to take on Bayer Leverkusen on Wednesday night knowing victory will be enough to secure qualification to the knockout stages of the Champions League.

The Red Devils head into the game sitting top of Group A but are just one point above tonight’s opposition and three ahead of third-placed Shakhtar Donetsk, so anything but a win tonight could leave their place in the last 16 hanging in the balance.

If United fail to get the win over Leverkusen and Shakhtar beat bottom side Real Sociedad, then it will be set up for a nervy final game against the Ukrainians to see who makes it to the knockout phase.

However, the champions should be confident of getting the result they desire as they are in decent form and beat the Germans 4-2 in the reverse fixture at Old Trafford thanks largely to a brace from Wayne Rooney.

David Moyes men are also the in-form side in the Premier League, despite being held to a 2-2 draw by Cardiff on Sunday, with the club taking 14 points from their last six fixtures.

Leverkusen will be no push-overs though and head into the clash off the back of a three-match unbeaten run, beating Hertha Berlin 1-0 on Saturday to keep them three points clear of Borussia Dortmund in the Bundesliga table.

United will have to make-do without the services of star striker Robin van Persie after he failed to make the trip due to a niggling groin problem.

Captain Nemanja Vidic is also missing despite training on Monday, so Rio Ferdinand could continue alongside Jonny Evans at the back.

With Michael Carrick injured and Marouane Fellaini suspended following his sending off against Sociedad, Phil Jones may come back in to the midfield after recovering from a groin injury.

Danny Welbeck could start his first game is a number of weeks after making a successful return from the bench on Sunday, while Nani and Ashley Young are also pushing for recalls.

Leverkusen have been dealt a huge blow with the news that Sidney Sam is facing several weeks out after tearing a thigh muscle at the weekend.

Defender Sebastian Boenisch is also likely to miss the game while Roberto Hilbert, Andres Palop and Stefan Reinartz all remain out. 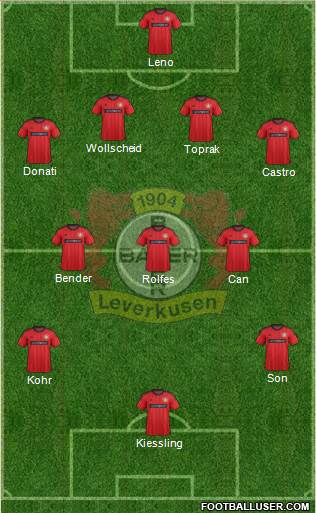 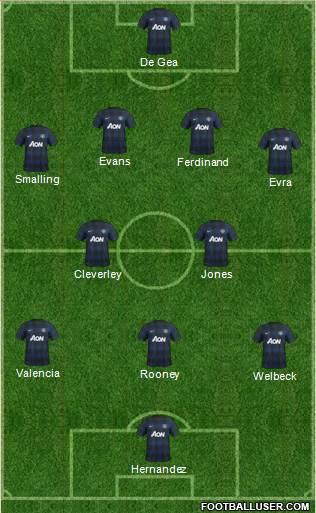 Wayne Rooney: With RVP absent, Rooney will be under pressure to be the creative force for United. He scored one and created the other on Sunday so he’ll hope to continue that good form here tonight.

Leverkusen 1-2 United: United have a pretty average record in Germany, winning just 4 from 12, but we can see Moyes’s men edging this one to qualify for the knockout stages.