Man Utd take on Stoke City at the Britannia Stadium with a place in the semi-finals awaiting the victors. Here’s a preview with team news and predicted score.

Manchester United take on Stoke City at the Britannia Stadium with a place in the semi-finals awaiting the victors.

United head into the game in decent form having won their last two games with a 3-0 victory over Aston Villa coming after a 1-0 win in the Champions League against Shakhtar Donetsk.

Moyes will be hoping to make it three wins on the spin to move a step closer to lifting some silverware, which would be a welcome relief after a difficult start to life at Old Trafford.

The defending champions current sit eighth in the Premier League table – 10 points adrift of leaders Arsenal – so they may be glad to put their league woes behind them and try to gain some confidence from a good cup run.

The will face a stubborn Stoke side managed by former player Mark Hughes, with the Potters already running United close this season, narrowly losing 3-2 at Old Trafford back in October so they will take confidence from that game.

Moyes has confirmed he will reshuffle his pack for the game as he looks to keep everyone fresh for the busy festive period.

This will open the door for the likes of Anders Lindegaard, Fabio, Alexander Buttner, Rio Ferdinand, Wilfred Zaha and Javier Hernandez, who could all be given the chance to impress tonight.

Marouane Fellaini, Chris Smalling and Shinji Kagawa are all expected to return from to action after missing the 3-0 win away at Aston Villa.

Stoke are expected to make some changes themselves with Thomas Sorensen likely to come in for Asmir Begovic in goal after playing in all the previous rounds of the competition.

Roberth Huth is Hughes’ only major injury concern but the likes of Jermain Pennant, Charlie Adam, Erik Pieters, Wilson Palacios and Kenwyne Jones are all pushing for recalls having been left out for Saturday’s 0-0 draw at Hull. 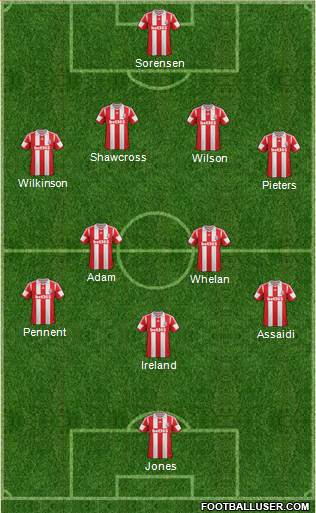 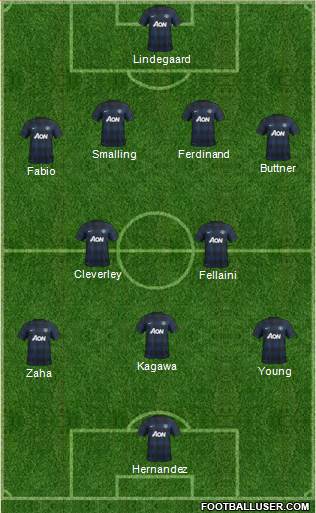 Javier Hernandez: He may not be a first team regular, but the Mexican has a knack for scoring important goals and he’s deadly touch inside the area will be something Stoke will have to watch out for.

Stoke 1-2 Man Utd: Despite making wholesale changes, we can see United edging this one but the hosts aren’t going to make it easy.

What team would you like to see start tonight and whats your predicted score? Share your views below.