Balotelli To Start? Predicted Starting Line-Ups For Tottenham vs Liverpool 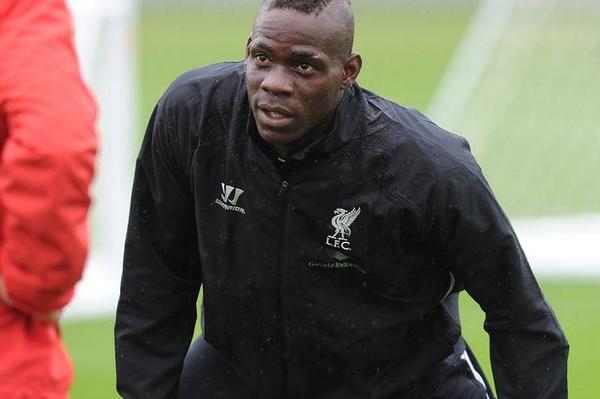 Tottenham Hotspur play host to Liverpool at White Hart Lane on Sunday afternoon. Here are our predicted teams for the game:

Defence: Kyle Walker remains out with a groin injury so Eric Dier looks set to continue his impressive start to life at Spurs at right-back. Mauricio Pochettino has opted for Danny Rose over Ben Davies so far and we think he’ll stick with the centre-back pairing of Younes Kaboul and Jan Vertonghen also.

Midfield: Paulinho returned with a goal in midweek so is likely to be pushing for a starting spot, although Pochettino could decide to go more defensive and recall Nabil Bentaleb – who started against QPR last weekend. Etienne Capoue has been impressive so far this season and will start in midfield once again.

Attack: Eric Lamela has finally put his injury concerns behind him and is starting to show the kind of form that persuaded Spurs to spend big money on him last summer, and he’s expected to start in attack with Christian Eriksen and Nacer Chadli. Emmanuel Adebayor will lead the line with Roberto Soldado out injured.

Goalkeeper: Simon Mignolet is Liverpool’s No.1, so will start in goal.

Defence: Brendan Rodgers has several fitness doubts in defence. Martin Skrtel is expected to shake off an ankle problem but Glen Johnson is likely to miss out with a thigh injury picked up on Monday, so Manquillo should start at right-back. Alberto Moreno will face a late fitness test on an ankle problem with Jose Enrique on stand-by if he fails to make it.

Midfield: Rodgers has a settled midfield trio of Joe Allen, Steven Gerrard and Jordan Henderson and I can’t see him changing things away at Tottenham.

Attack: The big question is whether Mario Balotelli will start. The general feeling is Rodgers will keep him on the bench as he’s only had a weeks training with his new team mates and is still working his way back to full match fitness. Therefore, Daniel Sturridge is likely to lead the attack with Raheem Sterling and Philippe Coutinho in support. What team would you like to see start this weekend?