Liverpool get back to Premier League action this weekend when they take on West Ham at Upton Park on Saturday evening. Here’s the latest team news. 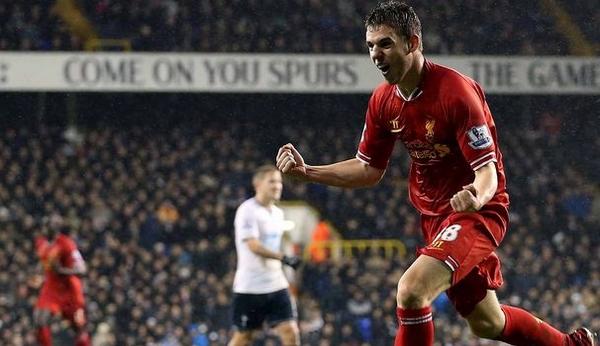 Liverpool get back to Premier League action this weekend when they take on West Ham at Upton Park on Saturday evening.

Ahead of the game, boss Brendan Rodgers has been in front of the media this afternoon and gave Liverpoolfc.com a team news and injury update.

The Reds supremo confirmed some disappointing news in that defender Jon Flanagan is facing ‘a few months’ on the sidelines after undergoing surgery on a knee injury.

The 21-year-old full-back is yet to make an appearance this season after struggling to shake off a niggling knee issue, and it seems the club have decided to operate to resolve the problem once and for all.

However, there was more positive news with Rodgers revealing that Martin Skrtel is back in full training and could therefore be in contention to face the Hammers on Saturday.

While this weekends trip to the capital will come too soon, Glen Johnson is also expected back in training at the weekend as he continues to recover from an ankle injury.

Joe Allen is still a ‘few weeks’ away from full fitness but Rodgers did confirm that star striker Daniel Sturridge should be back in full training next week as he steps up his recovery from a thigh injury.

“Young Jon Flanagan, unfortunately, has just had an operation that will probably have him out for a few months – which is disappointing,”

“Martin Skrtel is back training with the team, which is great news for us. Glen Johnson should be back training over the course of the weekend.

“Daniel Sturridge should hopefully be back training at some point next week. Joe Allen is still out and he’ll be out for a few weeks yet.”

If Skrtel is passed fit then Rodgers is going to have to decide whether to recall the Slovakian or stick with Mamadou Sakho alongside Dejan Lovren at the back. With Flanagan and Johnson both out, on-loan Javier Manquillo will continue at right-back while Mario Balotelli will start through the middle in the absence of Sturridge.